Alberta continues to lose thousands of jobs each month, standing out from the rest of Canada. Workers across all industries are looking for ways to keep their personal networks up to date in case of a layoff. Some people may even be staying in jobs in industries they don’t like, just to ensure a consistent paycheck.

“Come hell or high water, I'm going to get into oilfield” 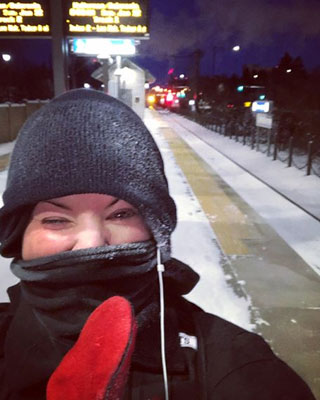 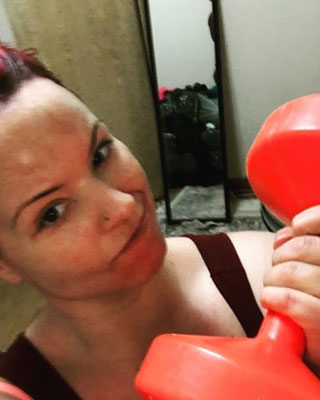 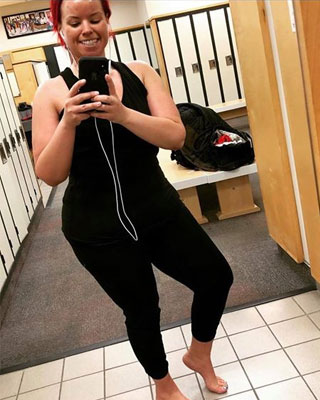 Natalie Garson didn’t let this bleak news deter her: she was determined to find a new job that would get her out of her day to day office job and into the oilfield. Hailing from Edmonton, Natalie wanted a physical job to keep her moving & get her outdoors.

Ultimately, Natalie was looking for what so many of us seek through our careers - a sense of purpose and accomplishment.

Having practically ‘zero’ connections in oil & gas - Natalie started her search where many Energy Job Shop (EJS) users do - on social media.

She began the process of building out her network to get her name out there and to find contacts in the oilfield industry.

Natalie learned that Grande Prairie, Alberta, was a good option: companies there are hiring, and they are hiring those with her level of experience - ticketed, but no actual field experience. 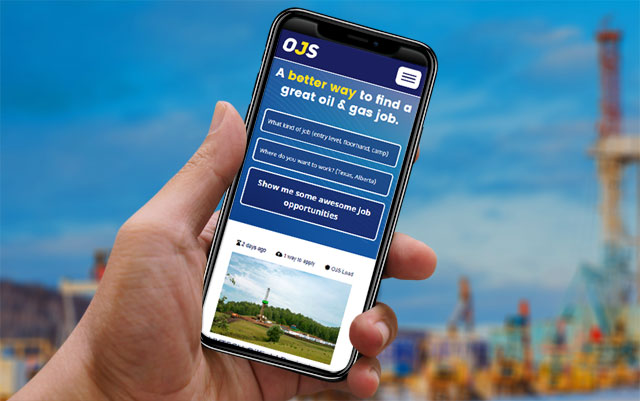 That’s where EJS came in. Natalie joined the EJS Facebook group on a recommendation, and asked the group for advice. While social media had it’s fair share of naysayers, it was essential in keeping her motivated.

“It was absolutely critical,” said Natalie, of the role social media played in her job search.

The general feeling in the air in Alberta is that there is no work to be had - and while Alberta’s economy is certainly suffering, it is possible to find a job. The Energy Job Shop platform and it’s massive social reach and Facebook group, gave Natalie hope: there are oilfield jobs out there, it’s just up to someone like her to be persistent enough to find them.

It was 2016 and EJS Co-Founder Mike knew he was about to lose his job.

He was working in the oilsands north of Fort McMurray, Canada but the once booming oil and gas industry was headed for a bust.

Thousands of people were losing their jobs as the price of oil plummeted. Rumours of pending lay-offs flew around the job site. He found a new job before the cuts came down, but not without a struggle. Like so many industry workers, Mike didn't know where to begin his search.

So, in the fall of 2016, Mike launched the first version of Energy Job Shop, and worked to dig through social media sites, employer websites, and ultimately find as many job leads as he could find, sharing them on a new Facebook page for EJS.

Mike stumbled onto something and the mainstream press noticed: the word of mouth nature of recruitment was starting to happen online, and social media was a vital channel in the timely distribution of these opportunities.

"Employers would pretty much talk to an employee and hire them on the spot … there was never a need for something like this before, and I'm really hoping it will help people out during these downtimes" Mike said in a 2016 CBC News interview.

And so, Energy Job Shop was born.

In 2017 EJS began its transformation to the technical giant it is today by partnering with an Alberta based digital marketing agency and Google Partner to broaden its web platform and to assist with the rapidly growing user base and technical challenges.

The EJS platform has grown to become a destination website, serving over one million oil & gas job seekers per month across the globe, with North America’s largest social reach.

The EJS website and Facebook group allowed Natalie to gather advice on what training to pursue and allowed her to gain a sense of direction. Social media also helped Natalie break into an industry where she knew no one and gave her the space to connect with others in similar situations.

"I literally knew nobody and I constantly was posting and making myself known and asking questions and reaching out to people,” says Natalie “Social media was probably the only reason I broke into the oilfield.”

Not afraid of some good old fashioned hard work, Natalie logged five hours a day in the gym to “toughen up for a job that was more physically demanding - something that would keep me more active.”

Proper certification along with her physical & mental prep set the stage for a move to Grande Prairie. The plan was to hand out resumes and get a job - and that’s exactly what happened.

"Had I been somebody that was willing to accept what I heard or saw in passing I might not have continued to invest in myself, “ says Natalie, on a call from her new job in Grande Prairie.

Other than connecting on social media, Natalie’s biggest advice?

"Be persistent & be flexible. Just because you made one phone call or sent one email doesn’t mean you shouldn’t follow up,” she says. “Sometimes the work isn’t exactly what you thought it would be or where you thought it would be,” she continues.“But if you can open up your parameters of what you're willing to do and work with - you might just find success."