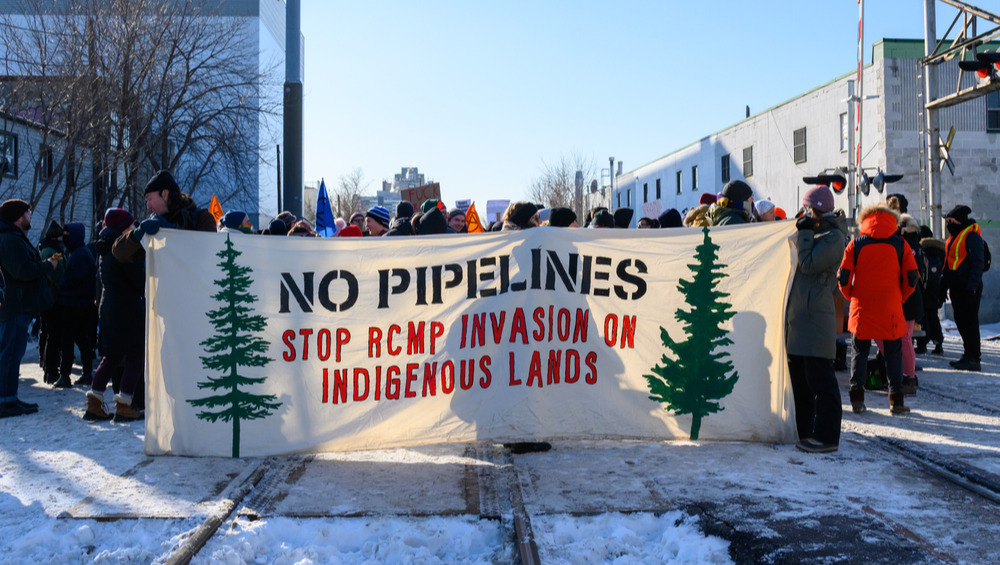 VIA Rail to temporarily lay off close to 1,000 workers as blockages continue

VIA Rail has announced that partial passenger train service will not resume this week, as previously anticipated, and they have “no choice” but to issue temporary layoffs to around 1,000 employees.

In a statement issued Wednesday afternoon, VIA Rail says it “has no choice but to continue the cancellation of its services on a large part of its network.”

The announcement comes a day after CN Rail granted VIA Rail permission to resume service on four corridors between southwestern Ontario and Quebec. Since blockades began on Feb 6, more than 530 passenger trains have been canceled.

“VIA Rail was pleased to have obtained authorization yesterday from CN Rail to resume partial service,” spokesperson Marie-Anna Murat said via statement, “...however, until CN Rail opens the remaining tracks for service, Via Rail has no choice but to continue the cancellations of its services on a large part of its network.”

Lay off notices will be sent to the nearly 1,000 impacted employees on Wednesday, with VIA Rail that terms of the collective agreements “will be respected.”

President and CEO Cynthia Garneau said that the situation was “unprecedented.”

"In 42 years of existence, it is the first time that VIA Rail, a public intercity passenger rail service, has to interrupt most of its services across the country,” she released in a statement.

"We have done everything to mitigate the impact on our employees and our passengers. At this point, we believe we have made the fairest and most reasonable decision with the proposed temporary suspension plan," she said.

On Tuesday, CN Rail announced that around 450 of its workers would be laid off as a result of train cancellations and network suspensions. The railway had previously announced plans to lay off close to 1,600 employees, citing international trade tensions and slow economic growth.

The blockades began in solidarity with the Wet’suwet’en hereditary chiefs, who opposed construction of a natural gas pipeline in northern British Columbia. Protests have since emerged in Ontario, British Columbia, Montreal, Winnipeg, and other cities across Canada.

Prime Minister Justin Trudeau has been under mounting pressure to bring the blockades to an end. In Parliament Trudeau said that a solution will not be simple, but offered to restart discussions with protesters and First Nations leaders. While he has not offered a concrete way forward, he said that his government is working on a solution.

“We know that people are facing shortages, they’re facing disruptions, they’re facing layoffs. That’s unacceptable,” he said. “That’s why we’re going to continue working extremely hard with everyone involved to resolve the situation as quickly as possible.”

Saskatchewan Premier Scott Moe will host a conference call with Canada’s provincial and territorial leaders on Wednesday to discuss the fallout from the ongoing protests and blockages.

In a Tweet, Moe said the call was to address “a lack of federal leadership in addressing this ongoing illegal activity.”