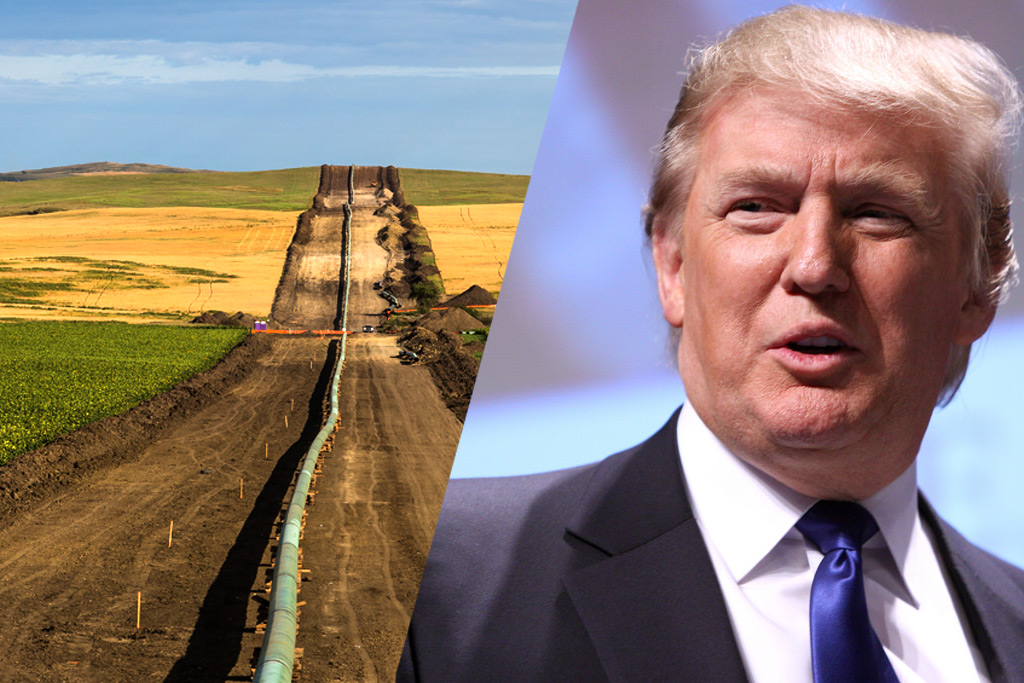 The blueprint from Commerce Secretary Wilbur Ross will set the stage for further protests from the oil industry, the US Chamber of Commerce and developers.

Donald Trump’s allies in the oil industry are warning the president that his bid to boost US steelmakers could backfire against their efforts to achieve his goal of "American energy dominance."

An intense lobbying effort was underway as the Commerce Department faced a Sunday deadline to give the president a plan requiring oil and gas pipelines to use American-made steel, an idea Trump embraced in the initial days of his presidency.

The blueprint from Commerce Secretary Wilbur Ross will set the stage for further protests from the oil industry, the US Chamber of Commerce and developers, Bloomberg reported.

"Private businesses should be free to make purchasing decisions on their own," said the Chamber of Commerce, the biggest-spending business lobby in Washington.

Trump kicked off the pipeline-focused effort during his fourth day in office, issuing a presidential memorandum compelling the Commerce Department to determine how to require American material in all, retrofitted, repaired or expanded US pipelines "to the extent permitted by law". Under Trump’s directive, iron and steel only qualifies as American-made if it is fully produced in the US, from its initial melting to the later application of coatings.

Separately, the Trump administration is investigating whether foreign steel threatens US national security -- a probe that could lead to tariffs or quotas on those imports.

While pipeline developers have praised Trump’s approval of projects that stalled under Obama, including TransCanada Corp.’s Keystone XL and Energy Transfer’s Dakota Access, they warn America-made requirements could undercut that progress. More than three quarters of pipe used in oil and gas projects begins as imported steel, according to one industry study.

It’s not clear how the US government could enforce the mandate, though multiple federal agencies can play a role permitting pipeline projects and scrutinizing their operations.

About 77 percent of steel used in US pipelines today begins abroad -- with roughly half of the pipe foreign sourced and the remaining half made in the US, using imported steel, according to a study from ICF International Inc. cited by the American Petroleum Institute.