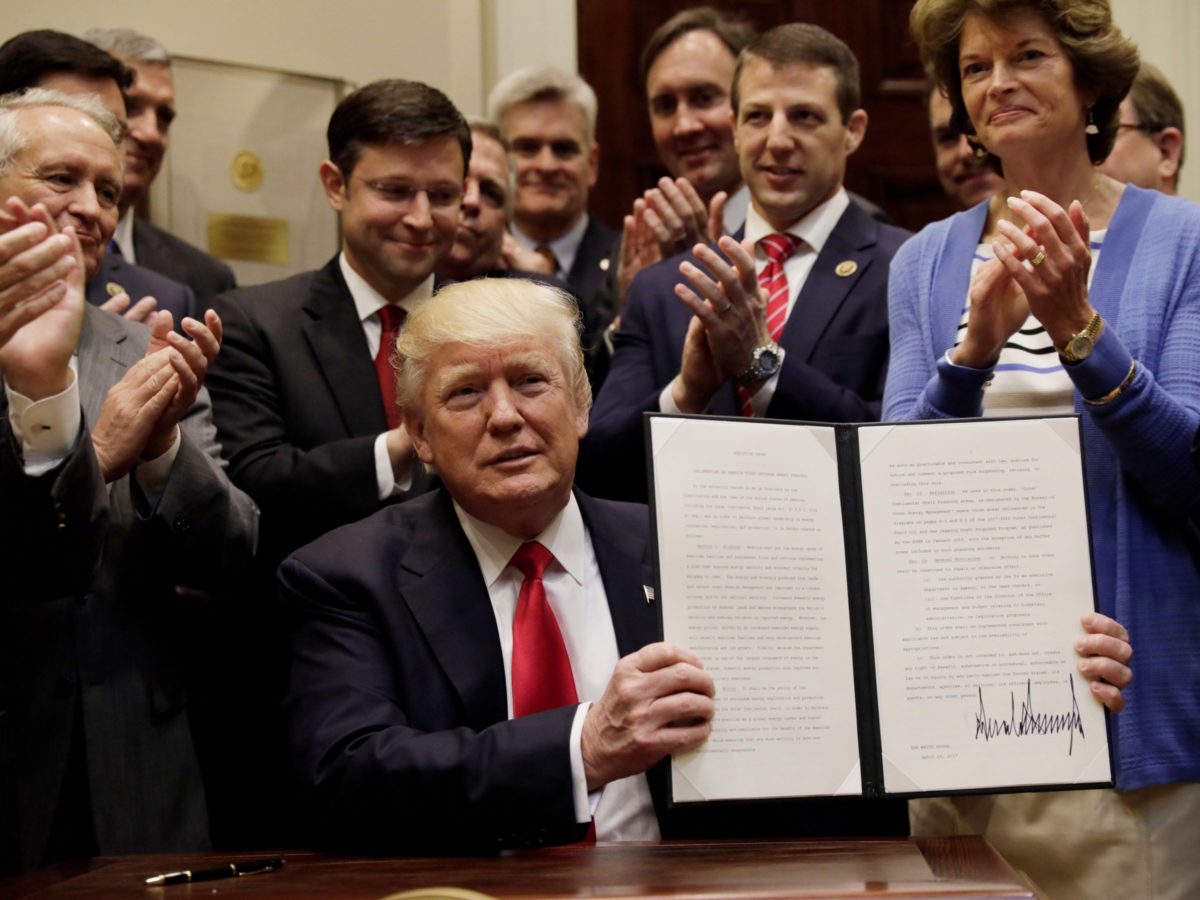 On Friday, the Trump administration announced plans to expand offshore oil and gas drilling in US waters previously off limits.

The executive order directs the Interior Department to develop a new five-year oil and gas leasing program to consider new areas for offshore drilling. The order also blocks the creation of new national marine sanctuaries and orders a review of all existing sanctuaries and marine monuments designated or expanded in the past ten years.

The order could lead to a reversal of bans on drilling across large areas of the Atlantic, Pacific and Arctic oceans and the US Gulf of Mexico that former President Barack Obama had sought to protect from development in the wake of the huge BP oil spill in the Gulf of Mexico in 2010.

API President Jack Gerard welcomed the executive order. "We are pleased to see this administration prioritizing responsible US energy development and recognizing the benefits it will bring to American consumers and businesses," he said.

But environmental groups criticized the order and promised to fight it in court. Democratic senators also opposed the order, saying it could threaten the fishing and tourism industries.

"Our ocean, waves and beaches are vital recreational, economic and ecological treasures that would be polluted by an increase in offshore oil drilling, regardless of whether or not there is a spill," said Dr. Chad Nelsen, CEO of the non-profit environmental Surfrider Foundation.

Ocean tourism and recreation is worth an estimated $100 billion annually nationwide, providing 12 times the number of jobs to the US economy compared to offshore oil production, the Foundation claimed. Even under the best-case scenario, it said, America's offshore oil reserves would provide only about 920 days, or 18 months’ supply of oil at the current rate of consumption, according to federal agency estimates.

Friday's order came on the heels of a separate decree by Trump earlier in the week triggering a review of federally managed lands to determine if they were improperly designated as national monuments by former presidents. The move is intended to expand federal areas available for development.