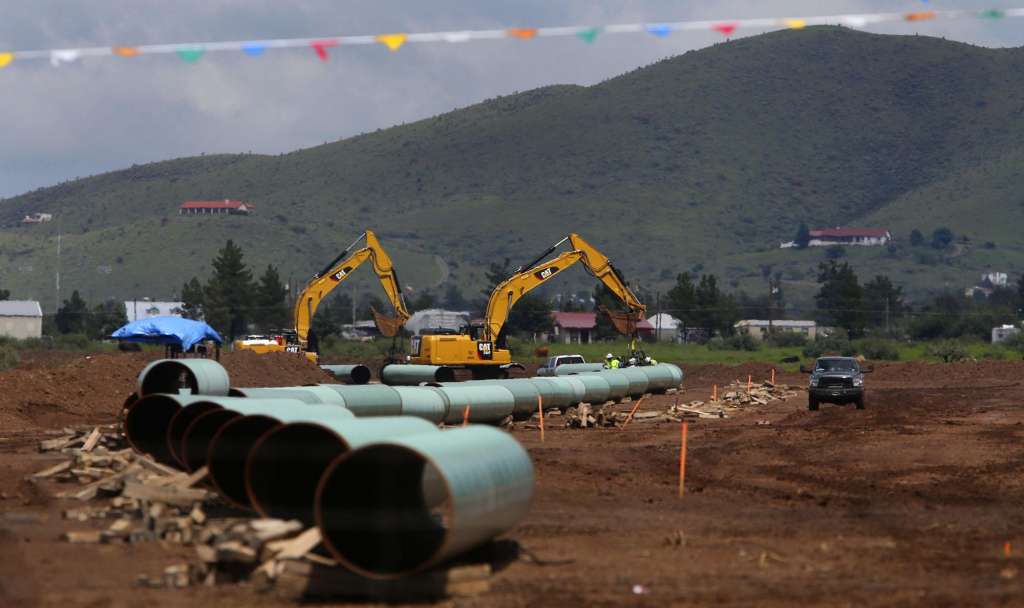 Provinces Line Up Against BC in Kinder Pipeline Battle

“If fuel tanks in British Columbia start to run dry because Alberta has turned the taps off, it won’t be Saskatchewan filling them up.” – Saskatchewan Premier Scott Moe

Alberta on Monday introduced legislation allowing it to halt exports of oil and gas to BC, while neighboring Saskatchewan said it planned to follow suit, ramping up pressure on coastal British Columbia to drop its opposition to the pipeline expansion.

Saskatchewan Premier Scott Moe said his government will introduce legislation in the coming days to join Alberta in potentially restricting shipments to BC.

“If fuel tanks in British Columbia start to run dry because Alberta has turned the taps off, it won’t be Saskatchewan filling them up,” Moe said on Twitter.

A halt to energy shipments would have ripple effects across western North America. Drivers in BC could face gasoline shortages and soaring prices, while Canada’s second-busiest airport in Vancouver would suffer from higher jet fuel costs. Alberta’s energy producers would also feel the pain, losing a key market for their crude and refined products.

Kinder Morgan halted work on the project a week ago and set a May 31 deadline for a resolution to BC’s opposition, which includes a court challenge and regulatory hurdles. The expansion’s cancellation would be a major blow to Alberta’s oil industry, which has been dogged by lower relative prices for its crude, brought on by a lack of pipeline space and access to West Coast export facilities.

The existing Trans Mountain system is a major conduit for both crude oil and refined products heading to BC. The pipeline can carry about 300,000 barrels of oil a day, and the expansion at the heart of the dispute would nearly triple that figure to 890,000 barrels.

The existing Trans Mountain pipeline supplies Vancouver and the surrounding region with as much as 60 percent of its refined products, as well as the area’s only refinery, the 55,000 barrel-per-day facility owned by Parkland Fuel, that produces a quarter of BC’s transportation fuel and 40 percent of the jet fuel at the Vancouver airport.

BC struck back at Alberta on Tuesday, saying that cutting off oil shipments would be illegal. Attorney General David Eby threatened to sue the government of Alberta and challenge the bill in court as unconstitutional.

“We think that they’re very unlikely to use this, given the analysis, and we think they know it,” Eby told Bloomberg. “It is a bill for political purposes only.”