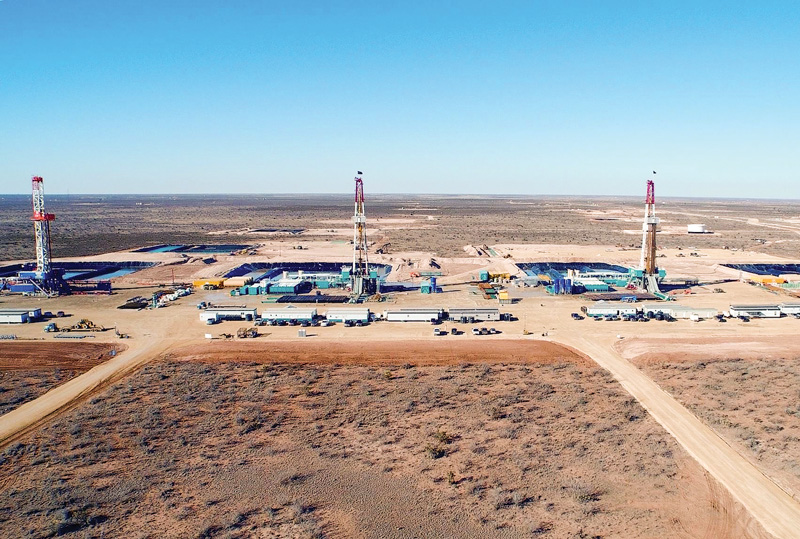 Permian Becoming A Victim of Its Own Success

Permian Basin drillers are on hold for billions of dollars’ worth of new and expanded pipelines, and it's going to be a long wait.

With oil prices climbing, the Permian Basin has become an expensive bottleneck as drillers try to pump more crude and natural gas than pipelines can send to refineries, storage tanks and ports, according to the Dallas Morning News.

Billions of dollars’ worth of new and expanded pipelines are in the works, but it could take years before the oil-rich formation in West Texas sees sustained relief, the newspaper claims. And the inability to produce more oil and gas from the Permian region could help push up global oil prices.

"We can drill a well anywhere in the Permian in less than 30 days," said Bernadette Johnson, vice president of market intelligence at Drillinginfo. "We can bring that well online within a couple of months. It takes 18 months to bring on a new pipeline. ... It’s not a quick fix.”

Industry experts are counting on higher oil production from the US and Saudi Arabia to soften price increases. For the US, that means more oil from the Permian Basin.

This isn’t the first time Permian Basin pipeline capacity has been squeezed. In late 2014, the spread between the Midland and Cushing oil prices had hit a record $17.50 per barrel because of pipeline capacity shortages, according to the U.S. Energy Information Administration.

There’s also a similar problem with natural gas, which in Permian is mostly an oil drilling by-product. And there’s only one way to transport natural gas: pipelines. "If you can't move the gas, you can't produce the crude," Johnson said. "You can flare for a little bit, but that's not the solution."

Stephen Robertson, executive vice president of the Permian Basin Petroleum Association, said pipeline companies knew bottlenecks were coming. But they didn’t want to get too far ahead of the curve when it comes to billion-dollar expenditures.

"You're not going to get a company to make the investment to put in a pipeline that could be sitting a quarter full," he said. "It's really trying to find that balance."

Until proposed new projects are completed, Permian producers will not be able to significantly ramp up production. But that’s not a "sky is falling" situation, Robertson said.

John Zanner, lead crude oil analyst at Houston-based RBN Energy, said the Permian Basin discount is a problem for some producers, but it’s also a side effect of the good times there.

"You're still making $50 or $55 a barrel," he said. "And in West Texas, their break-evens are so low that they're still making a bunch of money right now. For West Texas producers, it's probably the best of a bad situation."