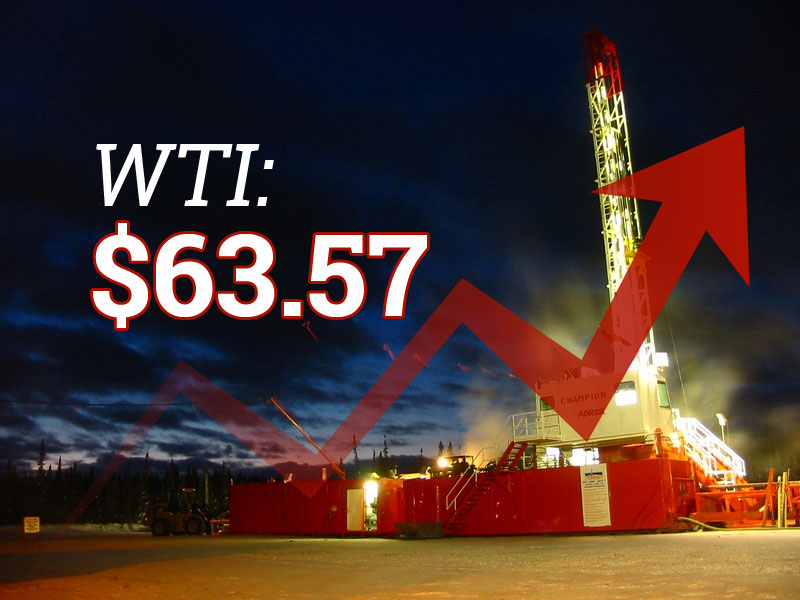 A major influencer seems to have been data from the American Petroleum Institute, which late Tuesday said that U.S. crude inventories fell by 11.2 million barrels, to 416.6 million barrels in the week leading to Jan. 5.

A secondary factor was a deal signed by oil-producing OPEC nations in November which seems to have 'stuck'. At the time, the cartel had pledged to extend its production cuts to get prices back to a more appealing level.

William O'Loughlin, investment analyst at Australia's Rivkin Securities indicated that "The extension of the OPEC agreement ... and declining inventories are all helping to drive the price higher".

But Rob Haworth, senior investment strategist for U.S. Bank Wealth Management, said that "if shale producers are able to ramp up production meaningfully in light of relatively higher prices, or if [the Organization of the Petroleum Exporting Countries] is unable or unwilling to sustain production cuts in the face of such high prices," oil prices may settle back into prior trading ranges.