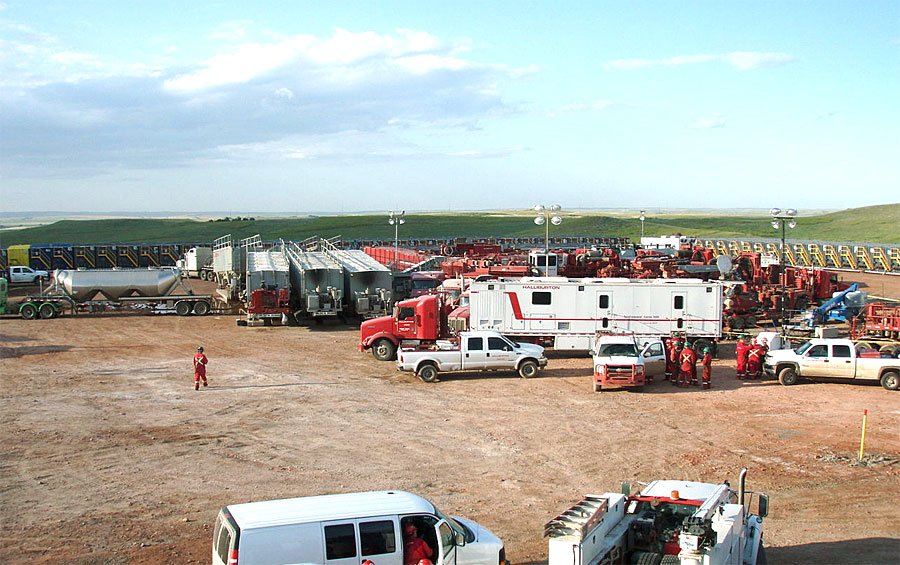 It's seems the government has made a measurement issue - and that's a good thing.

Continental Resources recently estimated that the Bakken Formation has reserves of 30 billion to 40 billion barrels of recoverable oil - roughly four to five times more than the 7.6 Billion barrels estimated by the US Dept. of Energy.

This potential was revealed during the North Dakota Petroleum Council’s Bakken 2.0 conference on Monday, Sept. 24, by Jack Stark, president of Continental Resources.

“It’s a big number but I think it’s a technically sound and a technically well-founded number,” Stark said. “There’s a lot of future left in the Bakken.”

North Dakota has 15,000 oil wells, and state officials estimate it has the potential for another 50,000 wells in the decades ahead.

Bakken production has increased steadily as technology advances, and the 2-million-barrel-per-day benchmark no longer seems out of reach, industry representatives said Monday.

“This is a huge research project and has been since we drilled the first well,” Ron Ness, president of the petroleum council, said in a meeting Monday with The Forum Editorial Board before the conference.

Earlier this year, production in the Bakken Formation reached a new peak of 1.273 million barrels per day, Ness said.