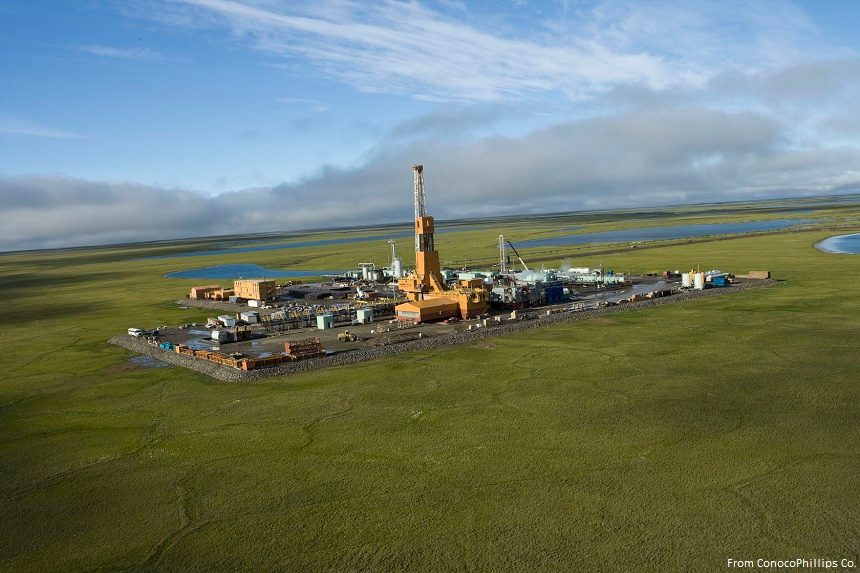 Rapid advances in horizontal drilling are allowing companies to commercially develop what had previously been regarded as a marginal resource.

Rapid technology advances are allowing explorers and producers in Alaska to add hundreds of millions of barrels of new resources to portfolios at a cost competitive with finding oil in the Lower 48 states.

Chief among the technologies being used are advanced 3-D seismic and new data processing techniques, to define and map oil deposits in geological formations that have long been known, but were thought to be unproductive.

In the last two years, over 1.5 billion barrels of recoverable oil has been found mainly in the west central North Slope and northeast National Petroleum Reserve-Alaska, areas companies have explored for years.

New exploration and delineation drilling planned this winter is expected to add to newly discovered resources.

ConocoPhillips has been the most aggressive of the new explorers. Willow, its major new discovery, is now estimated to hold 400 to 700 million barrels. The company hopes to expand that but has also found 100 million barrels in a separate find, Narwhal, on state lands to the east.

The Nanushuk, a formation covering an area along the Colville River and extending into the northeast NPR-A, is attracting particular interest.

The presence of more oil in these areas has long been known but companies’ confidence they can commercially develop what has been regarded as a marginal resource is now buoyed by rapid advances in horizontal drilling allowing drillers to tap deposits several miles from the surface location of a drill rig.

In “multilateral” wells, as many as five producing legs are drilled off underground from a vertical well to the surface, while in “coiled tubing” drilling, wells can be drilled with flexible tubing at far lower costs than with conventional rotary rigs.

ConocoPhillips has pushed horizontal production wells out to 27,000 feet, over five miles, and when a new specialized rig now being built begins service in 2021, lateral wells out to 40,000 feet, or seven and a half miles, will be possible, ConocoPhillips’ Marushack told a business conference in Anchorage last year.

What this means is that wells drilled horizontally from a single 12-acre gravel pad on the surface will be able to drain oil from 154 square miles of underground reservoir.

Lower capital costs, for barrels of oil developed, has allowed ConocoPhillips to reduce its minimum price threshold for new slope projects from $55 per barrel in 2015 to $42 per barrel now, the company told analysts in presentations last July.

Incremental expansion of existing fields can be done for even less cost, down to $30 per barrel, using technologies like coiled-tubing drilling, the analysts were told.