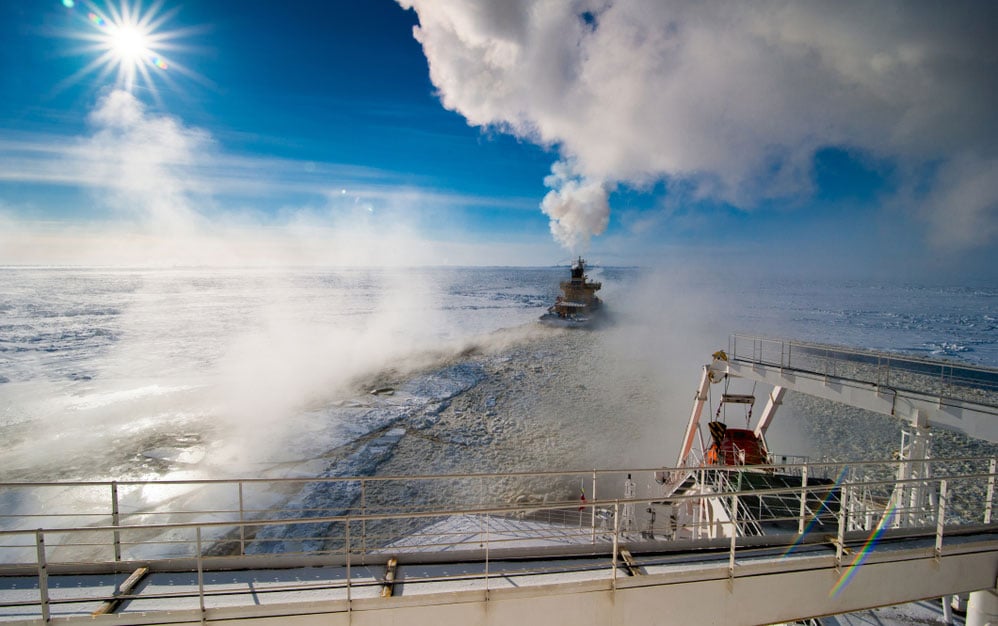 Melting Arctic Ice is a Boon for LNG Shippers

A new trade route for energy supplies is opening up north of the Arctic Circle as some of the warmest temperatures on record shrink ice caps that used to lock ships out of the area.

This year is likely to rank among the top 10 for the amount of sea ice melting in the Arctic Ocean. But while environmentalists are concerned about global warming, ship owners carrying liquefied natural gas and other goods see it as an opportunity. Their cargoes have traversed the region for the first time this year without icebreakers, shaving days off shipping times and unlocking supplies from difficult-to-reach fields in Siberia.

More navigable waters are a boost for Russian President Vladimir Putin’s effort to expand his nation’s reach in the gas market and for energy companies such as Total and Novatek, which are leading Arctic developments. They also help reduce shipping costs for LNG, benefiting buyers and traders of the fuel from PetroChina to Gunvor Group.

Scientists are seeing a rapid change in the Arctic. The Bering Sea between Alaska and Russia lost about half its ice coverage during a two-week period in February, while the most northern weather station in Greenland recorded temperatures above freezing for 60 hours that month.

LNG exporters are taking advantage of the open waters, most notably around the Yamal LNG gas liquefaction plant in northern Siberia. The project owned by Total, Novatek and their Chinese partners has custom-built ARC 7 tankers rugged enough to cut through whatever ice remains in the area. That enables them to sail without help from icebreakers west to Europe year round and east to Asia during the summer months. In the coming years, more routes will open for ships to sail without an icebreaker.

In early 2018 the Eduard Toll became the first LNG tanker to ever use the full Northern Sea Route in the winter. It traveled from a South Korean shipyard to Sabetta and collected a cargo there from the Yamal LNG plant, then delivered it to France. That shaved about 3,000 nautical miles off the traditional route through the Suez Canal.

In July China received two cargoes from Yamal from the first LNG ships to cross the Arctic without help from ice breakers. The net voyage time from the port of Sabetta through the Northern Sea Route to the destination the Chinese port of Jiangsu Rudong was completed in 19 days, compared with 35 days for the traditional eastern route via the Suez Canal and the Strait of Malacca.

Routes like that may save Yamal $46 million in shipping costs for the remainder of the year, those savings could quadruple by 2023, Bloomberg NEF said in a note.

“The ice has been retreating by about 10 percent every decade during the last 30 years,” Miguel Angel Morales Maqueda, senior lecturer in Oceanography at Newcastle University in northern England, told Bloomberg. “There is no other known explanation than climatic change. If it isn’t climactic change, then we don’t know what it is.”