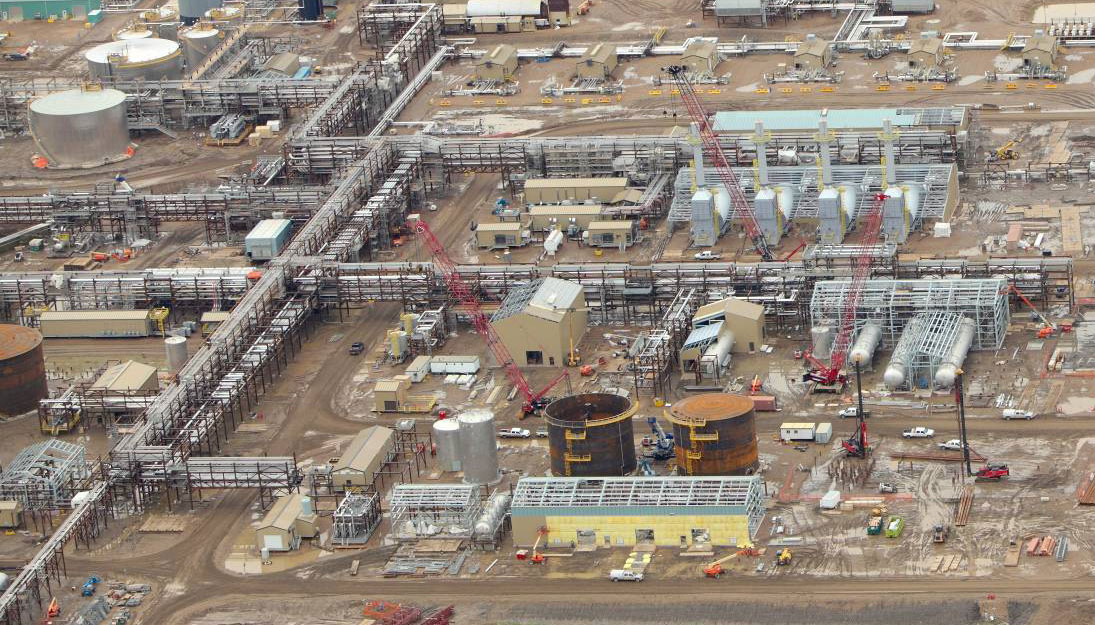 In their quest to make one of the most expensive methods of producing crude more profitable, Canada’s oil-sands companies have been ramping up efforts to get their thick bitumen to flow through pipelines more easily and cheaply.

Producers in Canada’s prolific oil sands – the world’s third-largest petroleum reserves – typically use natural gas condensate to turn their sticky heavy crude into something pipelines can carry. While much of it is produced from Alberta and British Columbia’s Montney shale formation, some diluent is imported from the US as well.

That condensate tends to trade on par with the price of light, sweet West Texas Intermediate or even at a premium to that grade, which itself trades at a premium to Western Canadian Select heavy crude.

And to flow through a pipeline, bitumen needs to be about 30 percent condensate.

Technology to reduce those requirements would go a long way toward making the historically costly oil-sands more competitive, and it would free up the pipeline space that has become so scarce that the Alberta government needed to mandate province-wide oil-production cuts.

“The removal of that diluent obviously would not only impact the bottom lines of producers, but also could improve overall market sentiment in Western Canada, given the pipeline-access issues,” Dinara Millington, vice president of research at the Canadian Energy Research Institute, told Bloomberg.

MEG Energy threw a spotlight on those efforts this week, when it announced it is working on strategic alternatives for its HI-Q partial upgrading technology. The company is betting that there may be a lucrative market for the method, which cuts out the need for costly diluting agents that take up precious pipeline space.

MEG says its HI-Q technology allows bitumen to be shipped through pipelines without blending with lighter hydrocarbons. The technology employs a process that entails removing and recycling some diluent used in its initial processing, separating out the lighter and heavier portions of the bitumen, then removing solid materials known as asphaltenes.

But it’s not the only company working a diluent-cutting technology. Cenovus Energy said last October it was working on a 1,000-bpd pilot plant using a method that would reduce its diluent needs by half. Husky Energy is working on a 500-bpd pilot plant for its diluent-reduction technology at its Sunrise oil-sands project near Fort McMurray. The company has said the process has the potential to cut diluent requirements by half.

“The biggest hurdle is moving that pilot phase into the commercial phase and demonstrating the scale,” Kevin Birn, IHS Markit’s director of North American crude oil markets, told Bloomberg. “That first mover would obviously have an advantage to then step out from that plant and bring in other producers on joint-venture or operational basis.”

Alberta’s government is also getting in on efforts to upgrade the province’s crude. Premier Rachel Notley this week announced the province is extending a C$440 million loan guarantee to Value Creation to encourage its construction of a C$2 billion partial upgrader, which would turn 77,500 bbl of diluted bitumen a day into higher-value products like medium synthetic crude and ultra-low-sulfur diesel.

The effects of reducing or eliminating diluent needs could eventually ripple beyond the oil sands. Already, the growth of condensate production in Western Canada has trimmed the need for US imports, and diluent-reducing technologies could accelerate that trend. However, that could be a long way off, as the technology still needs to develop, and large, commercial-scale facilities would take time to build, Birn said.