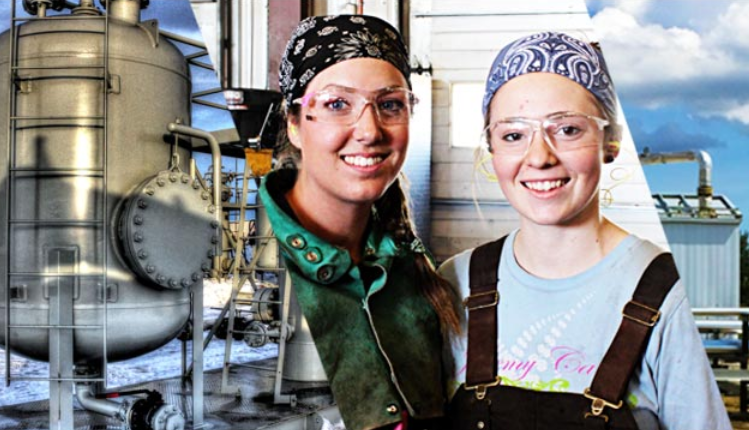 Companies are scrambling to find workers for active drilling areas like the Permian Basin in West Texas and are still drawing mostly on men.

The oil and gas industry has a serious gender gap. Women make up only 14.5 percent of the workforce in the industry, according to the US Labor Department.

The remedy, according to a study by the consulting firm BCG, is for upper management to be dead serious about the problem and convey it’s a priority to people doing the hiring.

“It’s not going to work its way out,” Andrea Ostby, the head of BCG’s Houston office, told the Houston Chronicle. “Just talking about it is not going to fix the problem. What I think we haven’t seen across the board is that rigor and focus.”

The study, conducted in conjunction with the World Petroleum Congress, included all the major national and international oil companies and found that women in oil and gas worldwide are concentrated in non-technical, non-supervisory positions. Being promoted through the ranks usually requires field experience, ideally in engineering or operations, and many companies still consider separate facilities for women on well sites a “discretionary expense.”

BCG found that women and men see obstacles to advancement differently. When asked why women didn’t reach upper levels of management, women identified a lack of support and female candidates being overlooked. The top reasons for men: There aren’t enough women to choose from, and women tend to be less flexible than men.

And it’s likely to become a bigger problem as much of the industry’s workforce approaches retirement. Even today, companies are scrambling to find workers for active drilling areas like the Permian Basin in West Texas and are still drawing mostly on men, the Chronicle reported.

Pink Petro, an organization for women in oil and gas, said the way to move the needle is to convey that female representation is a priority, setting baselines for recruiting and evaluating them based on whether they meet their goals.

But while Europeans respond well to gender ratios, according to forthcoming research from BCG, Americans see them undermining merit-based hiring.