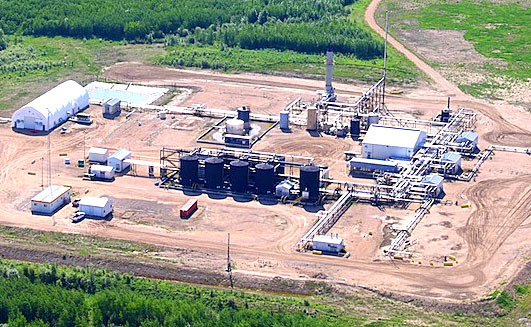 With recent news of Transmountain construction underway along with Line 3 placed into service, the UCP government has given now given approval for a new oil sands development to be built northwest of Conklin producing 12,000 barrels of bitumen per day. The Alberta Energy Regulator reviewed the project and recommended cabinet approve it.

The project (Grizzly’s May River) will utilize steam assisted gravity drainage (SAGD)  technology, which is said to minimize the environmental footprint.

Minister of Energy Sonya Savage said in a release that “This project is in the best interest of Alberta, and is another example of how we are responsibly developing our resources. Moving these projects forward shows that Alberta is open for business, and we are dedicated to encouraging investment in our province.”

With the project approved by the province, Grizzly can now make a final investment decision as well as starting the application process for development permits & environmental licenses.

According to the company’s website it acquired the property in February 2012 in an asset acquisition valued at $225 million.

The company filed the development application in December 2013.