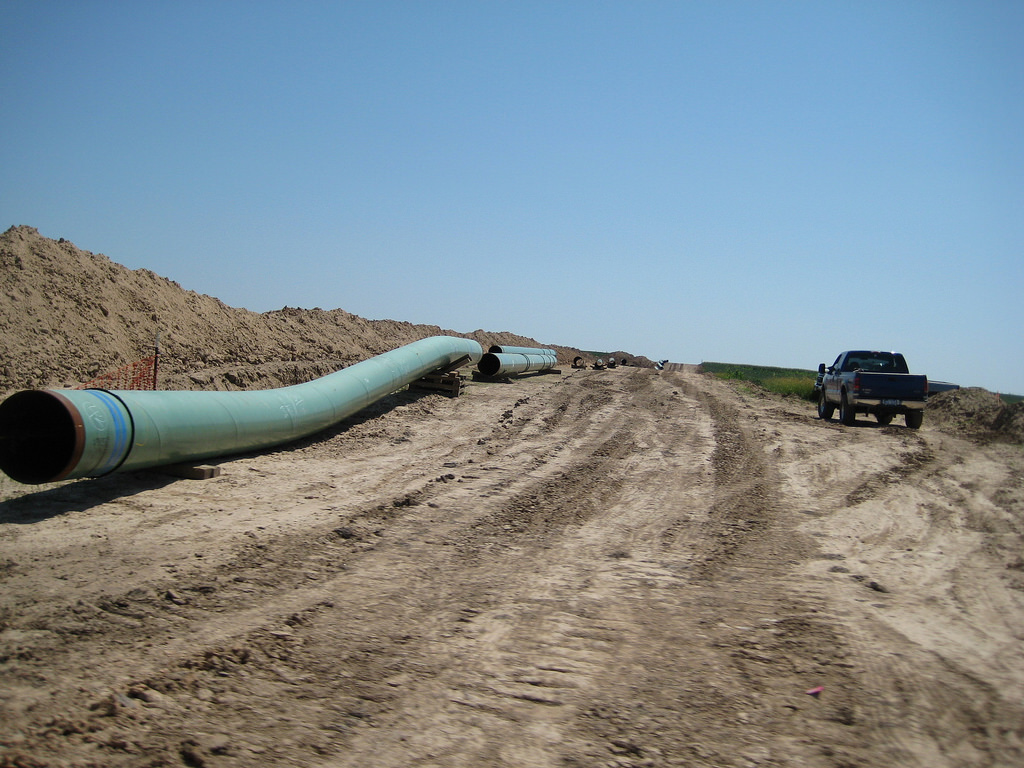 Trump Tries Another Approach to get Keystone XL Built

President revokes previous permits and issues new permission to build the pipeline in the US administration’s drive for “energy dominance”.

US President Donald Trump last Friday signed a new permission for TransCanada Corp to build the long-delayed Keystone pipeline for imports of Canadian oil, replacing his previous permits in a fresh attempt to get around the blocking of the $8 billion project by a court in Montana.

In granting the permission, Trump revoked a previous permit for the pipeline issued in March 2017 and an executive order approving the project he issued two days after taking office in January that year.

It was not immediately clear whether under the new approval the pipeline, which would carry 800,000 barrels per day of crude from Canada’s oil sands to refineries along the US Gulf of Mexico, would have to undergo extensive new environmental reviews.

The Keystone XL pipeline has been pending for more than a decade after environmental reviews and after former President Barack Obama rejected the project saying it would do little to benefit US motorists and contribute to global warming.

Friday’s permission was the latest move in the Trump administration’s pursuit of what it calls “energy dominance,” or maximizing production of oil, gas and coal for domestic use and exports to allies and trading partners. The administration has rolled back environmental regulations on emissions from power plants, and vehicles and opened up federal lands to drilling and mining.

Russ Girling, TransCanada’s president and chief executive officer, said in a release that Trump “has been clear that he wants to create jobs and advance US energy security and the Keystone XL pipeline does both of those things.”

The pipeline faced numerous legal hurdles after several environmental groups sued the US government over the 2017 presidential permit, and Keystone has been held up in the courts, most recently in Montana.

The US District Court for Montana blocked construction of the pipeline in November last year.

Judge Brian Morris wrote in his ruling that a US State Department environmental analysis “fell short of a ‘hard look’” at the cumulative effects of greenhouse gas emissions and the impact on Native American land resources.