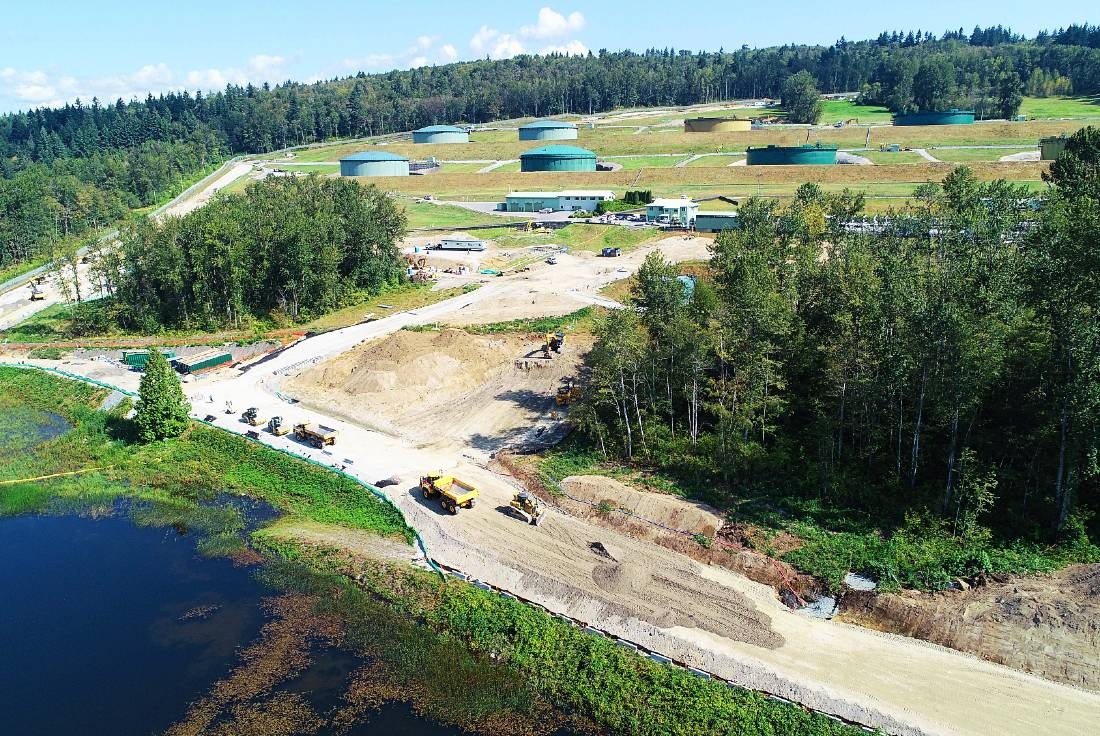 Earlier this week, Trans Mountain dispatched an email to their subsribers with the subject "Burnaby construction updates".

This update included an item about the tunnel that is supposed to go through Burnaby Mountain.

According to the email, "Crews will be boring the 2.6 km Burnaby Mountain Tunnel between Burnaby Terminal and Westridge Marine Terminal."

Interestingly, this item included an asterisk along with a line saying that “work may begin as early as October, pending all necessary permits and approvals.”

Construction on the pipeline expansion restarted in September 2019.

On the employment front, Transmountain claims that as of September 30, they (along with their contractors) have hired more than 2,200 people for the Project, with a focus on Indigenous, local and regional workers".

The news release continued to say that "Building the 980 kilometres of new pipeline and associated facilities to complete the Project will offer a variety of jobs in BC and Alberta – before construction begins, during construction, post construction and in support of operations."

How to get involved

Interested in job opportunities on this project? Click here to learn about the different phases, locations,  and contractors hiring.