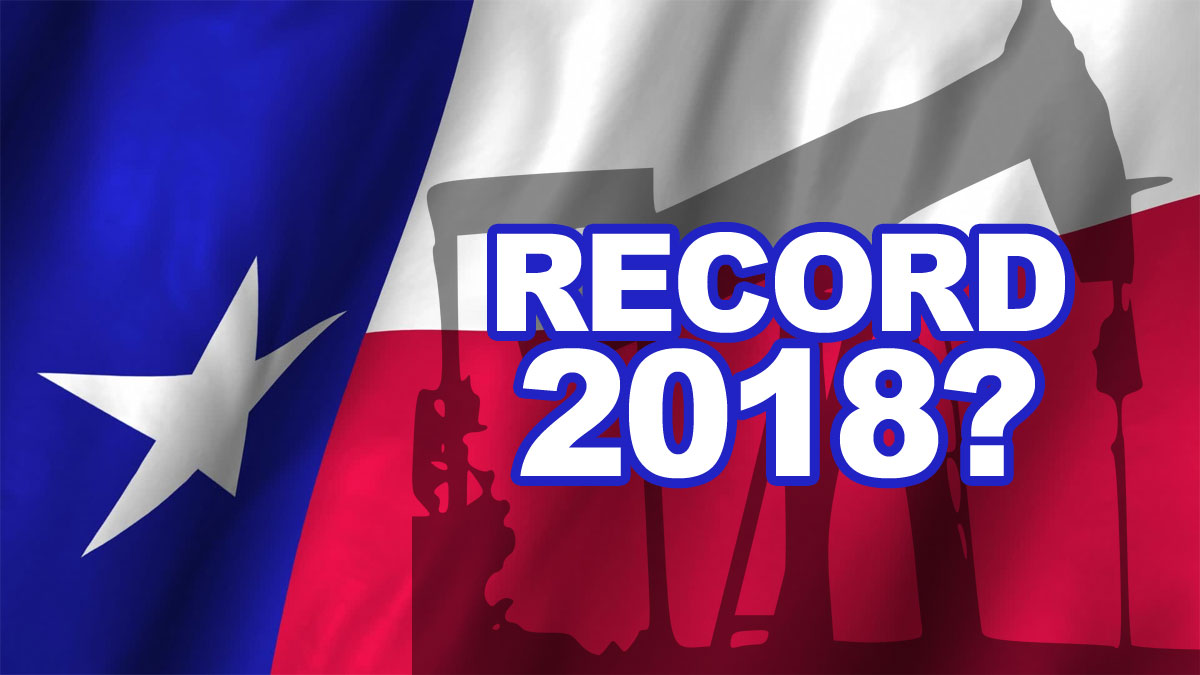 According to Karr Ingham, economist with the Texas Alliance of Energy Producers - 2018 promises to be record-breaking.

Ingham created the Texas Petro Index, a measurement of the state of the oil economy based on different factors, such as employment, rig count and the price of oil.

Back in December 2017, most indicators were up from a year ago, and Ingham actually stated that “I don’t see how we don’t break this record in 2018".

Ultimately, he expects oil production to surpass the previous record year of 1972, when Texas producers extracted 1.263 billion barrels of oil.

However, Texas drillers are pumping more oil with about 50 percent fewer rigs and about 25 percent fewer employees than at the peak in late 2014.

According to the Dallas Fed, Texas oil and gas employment expanded in November by 1,600 jobs to around 222,600, with most of the increase coming from support activities for mining. Since January 2017, support activities for mining have added 24,900 jobs, while oil and gas extraction has only added 1,300 jobs. Total U.S. oil and gas employment rose in November by 3,500 jobs to around 413,400, with Texas accounting for 54 percent of the total.

“What are the chances it’s going to get back to that level anytime soon?" Ingham told the Houston Chronicle. “Pretty slim, frankly,” he added.