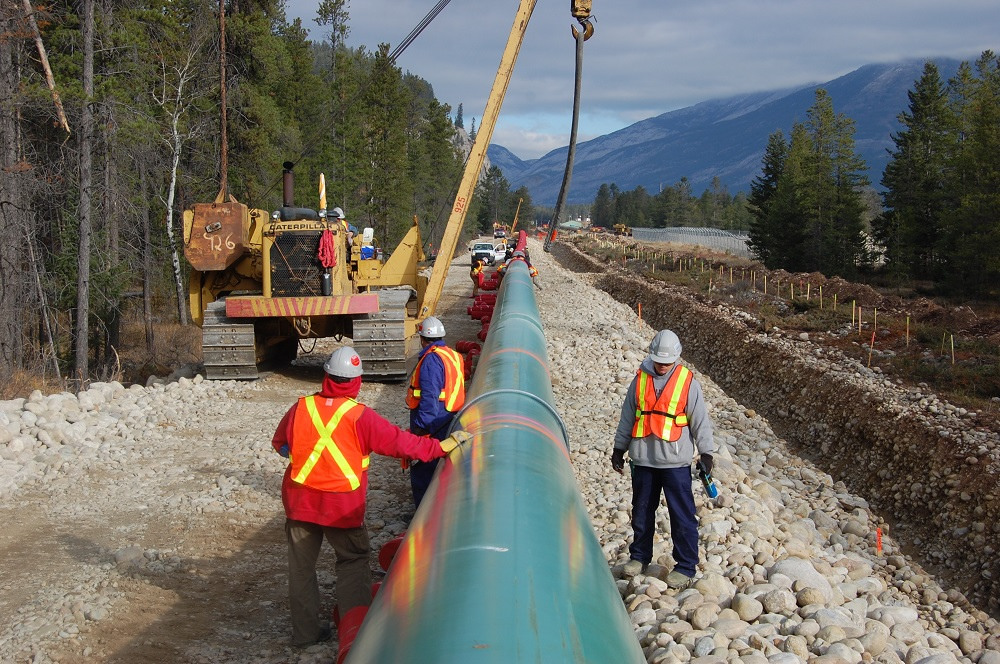 In a ruling yesterday by Canada's federal regulator the National Energy Board (NEB), Kinder Morgan does not  have to comply with two sections of bylaws in Burnaby, British Columbia. Today, Shares in Kinder Morgan Canada Ltd rose as much as 9.5 per cent to a four-month high.

This comes as the company prepares to begin work on the $7.4-billion expansion of its Trans Mountain pipeline

The 1,100+ kilometer pipeline built in 1953 currently carries about 300,000 barrels of oil per day from the oil sands in northern Alberta to the Pacific Coast in Burnaby.

This project is expected to nearly triple that capacity to close to 900,000 barrels per day - a project that has raised concerns among opponents of the project citing an increased probability oil spills, as well as increased tanker traffic in an already narrow waterway.

The NEB order says that Kinder Morgan is not required to comply with two sections of the city’s bylaws that required the company to get preliminary plan approvals and tree-cutting permits prior to beginning construction in the area.

“We are pleased with the decision we have received from the NEB today, as it reinforces our view this federally approved Project is in the national interest,” Ian Anderson, president of Kinder Morgan Canada, told the CBC in a statement Thursday.

“We await the NEB’s decision on our second motion requesting the establishment of a generic process.”

Premier Rachel Notley also praised the decision telling reporters “It probably means that the NEB has accepted our argument that … this is a project that is in the national interest … We can’t have individual jurisdictions interfering with it".

Kinder Morgan had claimed they were stalled due to municipal red tape.

“It is apparent that for the most part, [the NEB] rubber-stamp what Kinder Morgan wants, so it doesn’t surprise me at the end of the day,” said Burnaby Mayor Derek Corrigan.

“It’s frustrating because we were dealing with them in good faith. We were proceeding through the processes and the requirements that the city has to protect our local environment and our ecology and the process within the city.”

The project ultimately had an operational date of December 2019, but in October the company pushed that back to September 2020 because of what it said was the difficulty in obtaining permits.