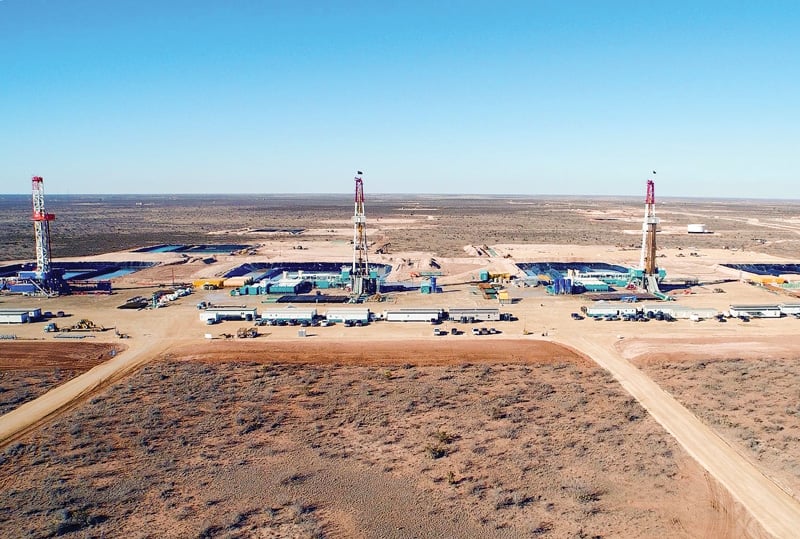 “The best years are behind us,” geologist Arthur Berman told a gathering of engineers, geologists, lawyers and financiers at the Texas Energy Council’s annual gathering in Dallas last week.

The geologist who earned the wrath of shale drillers a decade ago with forecasts that natural gas was about to run out is now warning that the Permian Basin has just seven years of proven oil reserves left.

Arthur Berman, a former Amoco scientist who now works as an industry consultant near Houston, said the Permian region of Texas and New Mexico that currently pumps more oil than any other North American field won’t last for long. And the Eagle Ford shale about 350 miles (560 kilometers) away in South Texas isn’t looking good either.

Berman’s grim outlook, based on analyses of reserves and production data from more than a dozen prominent shale drillers, flies in the face of predictions from the US Energy Department, Chevron and others that the Permian is becoming one of the dominant forces in global crude markets.

Permian output already exceeds that of three-fourths of OPEC members.

“The best years are behind us,” Berman told a gathering of engineers, geologists, lawyers and financiers at the Texas Energy Council’s annual gathering in Dallas last week. “The growth is done.”

Berman came to prominence as a shale skeptic and peak-oil advocate during the first decade of the new century, when intensive fracking and sideways drilling techniques were just beginning to unlock vast reserves of gas from shale fields in Texas and Louisiana. At the time, his dire warnings that shale gas was mostly hype drew the ire of fracking pioneers including Devon Energy and Chesapeake Energy.

In 2009, Devon’s exploration chief Dave Hager -- who has since risen to CEO -- published an op-ed piece in an Oklahoma City newspaper to refute Berman’s thesis. In it, Hager likened shale to a World Series-winning home run and said Berman “is in the stands speculating on whether the slugger is on steroids.”

Berman told the Texas Energy Council that investors banking on shale fields to make major contributions to future global crude supplies will be disappointed, saying: “The reserves are respectable but they ain’t great and ain’t going to save the world,” Bloomberg reported.

His parting advice to the assembly was, “Conserve what you’ve got, learn to live with less, open your eyes and enjoy the rest of your day.” No one participated in the Q and A session.