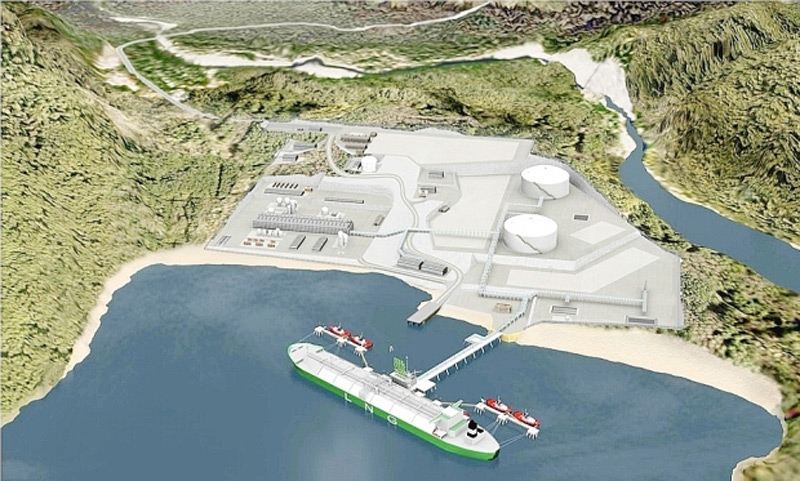 Malaysia’s Petroliam Nasional Bhd, or Petronas as the state-owned company is known, has  abandoned its long-stalled plans to build a $27 billion liquefied natural gas export terminal on Canada's west coast, becoming the latest casualty of a global glut of the fuel.

The decision not to proceed with the Pacific NorthWest LNG project at Port Edward in British Columbia was made after a review of the project amid changes in market conditions, the company said in a statement.

Petronas’ Executive Vice President & Chief Executive Officer Upstream, Anuar Taib said, “We are disappointed that the extremely challenging environment brought about by the prolonged depressed prices and shifts in the energy industry have led us to this decision.”

“We, along with our North Montney Joint Venture partners, remain committed to developing our significant natural gas assets in Canada and will continue to explore all options as part of our long-term investment strategy moving forward,” said Anuar.

Petronas won Canada’s approval for the project in September 2016, following more than three years of regulatory reviews and opposition from environmentalists, scientists and indigenous communities.

So far this year, non-Canadian companies have shed more than $20 billion in oil-sands assets, including sales by ConocoPhillips and Royal Dutch Shell. Earlier this month, Apache Corp. sold its assets in the Montney and Duvernay shale plays for C459.5 million.

Gas supplies from Australia to US shale fields have inundated the world’s markets, prompting a price rout that’s scuttled a number of major projects. The cancellation of the Petronas project threatens to further dent confidence in Canada’s energy industry, which is still reeling from a string of asset sales by international producers, and eliminates a potential outlet to Asian markets.