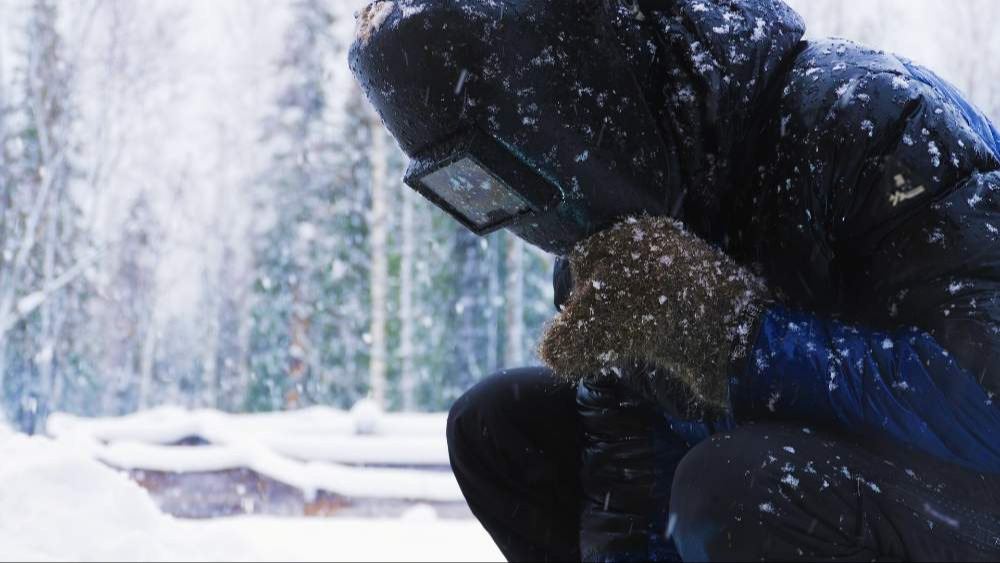 An out-of-work Edmonton welder took his job search to the streets, braving wind chills of -30C for about 6 hours on Monday.

Brian Wolfe hit the intersection of St Albert Trail and 111 Avenue after nine months of being unable to find work as a welder. He carried a sign reading “ READY 2 WORK” with his phone number below.

“This is what you got to do if you really want to work in this day and age,” he said in regards to his unconventional job search tactic.

Wolfe is far from alone in his efforts, as Edmonton’s job market is as cold as this week’s arctic temperatures.

“It’s been rough. There’s nothing out there for us welders because there are too many welders,” Wolfe said, adding that he’s only been able to find occasion shifts as a temporary labourer.

StatsCan data released on Friday listed Edmonton as having the highest unemployment rate of any large Canadian city, at 8.0 percent. Calgary came in fifth at 7.1 percent. While Alberta’s provincial rate saw a small decrease of 0.2 percent, the numbers still came in at 7.0 percent in December.

"These numbers reinforce the importance of staying focused on job creation and ensuring that Alberta has a competitive business environment," a government spokesperson commented.

“This is another disastrous month for jobs and, unfortunately, it’s Albertans who are suffering,” he wrote, “All this is happening as TMX is under construction. This Premier’s plan is failing Albertans. Period.”

After supporting his family for 15 years as a welder, Wolfe is unsure that it is still a viable career option in present-day Alberta. Despite his struggles, he has not given up hope.

“Edmonton is a wonderful and big huge hearts live in this city. And I will find a job if I stand on that corner,” adding that he’s ready to hit the corner again later this week if he has to.

“It’s going to work. I’ve got promising calls and I think I’ll have a job within the next couple of days.”