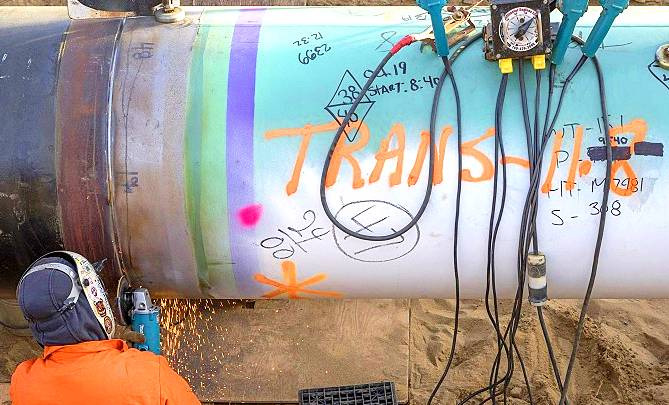 In mere days, Canada will see in the vicinity 100,000 additional barrels per day of new pipeline capacity as the Enbrige Line 3 replacement program is placed into service & 150,000 BPD by years end.

Some welcome news for embattled domestic oil producers as the Canadian portion of the Line 3 replacement project is placed into service.

This Sunday, Calgary-based pipeline giant Enbridge Inc. will place the line into service. It has been filling the $5.3-billion Canadian portion of its Line 3 replacement project over the course of this month.

This segement will add 10,000 bpd of pipeline capacity, and Enbridge expects to open up another 90,000 bpd of capacity by the end of the year via optimization projects throughout its oil export network.

Like many other oil export projects, Line 3 has faced delays amidst entrenched opposition. Golden made a point of noting that it has been multiple years since Enbridge or any of it’s competitors for that matter were able to mark the opening of a new pipeline out of the country.

“Line 3 is one part of what we’re doing,” Golden indicated, continuing on saying that by the end of the year the pipeline company expected to make a total of 100,000 bpd of new pipeline export capacity available to Canadian oil producers through optimizations and by using drag reducing agents to push more crude through its existing pipes.

Competitor TC Energy Corp. has also informed oil producers that through optimization and drag reductions it could add some 50,000 bpd of capacity out of Canada by the end of the year.

“Anything that’s going to improve market access is extremely positive,” Explorers and Producers Association of Canada president Tristan Goodman said, adding that the capacity additions “will make a dramatic difference.”