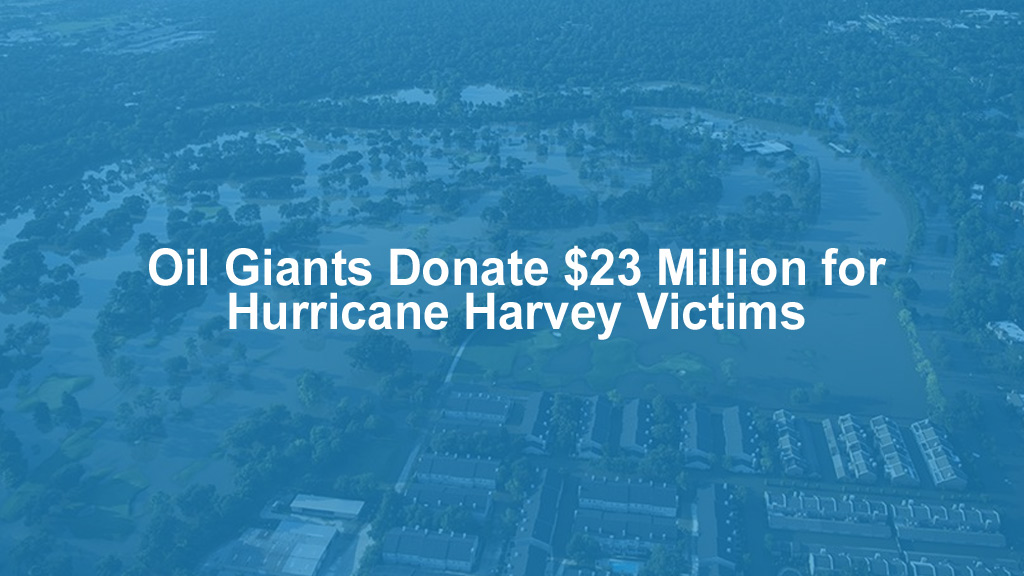 More than 185,000 homes were damaged and 9,000 destroyed as 42,000 people remain in shelters amid overflowing rivers and reservoirs.

US oil giants have pledged $23 million for disaster relief operations to help Gulf Coast residents recover from Hurricane Harvey, one of the most destructive storms in US history that killed at least 50 people.

Harvey soaked Texas with the heaviest rainfall in US history.

Chevron Phillips Chemical Company, a major refiner, pledged $1 million to the storm victims. The company will give $500,000 to the United Way and $250,000 in matching donations for storm victims, according to a company release.

So far, oil and gas companies have mobilised $23 million for Texans and Louisianans caught in Harvey's wake, according to tweets and public statements compiled by The Daily Caller News Foundation.

Find out how to help here.

ExxonMobil mobilised $9.5 million for hurricane victims, and crews working for a joint project with a Saudi Arabian chemical company were out in force to help clean up after the storm hit.

Shell announced $1 million to the American Red Cross, which is helping Harvey victims by bringing them food, medicine and other necessities.

Shell had to shut down its refinery near Deer Park, Texas as Harvey approached. The largest refinery in the US, Saudi Aramco's Motiva refinery near Port Arthur, could be offline for weeks.

Exxon shut down its two refineries in southeastern Texas to protect against Harvey, including the Baytown refinery, the second-largest in the country.

Harvey made landfall as a Category 4 storm in late August, forcing refineries, offshore drilling rigs and pipelines to shut. About 22 percent of American oil refining capacity was taken offline.