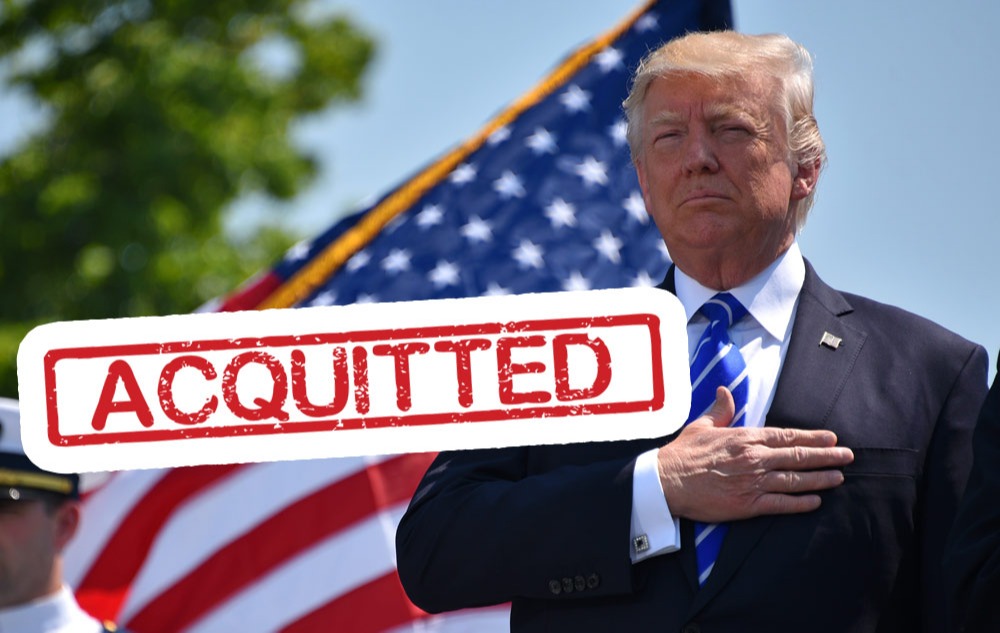 'Not Guilty': Trump Acquitted on 2 Articles of Impeachment

Hours ago, President Donald Trump was acquitted On 2 articles of impeachment as this historic and highly contentious trial closes.

It was the third impeachment trial of a president and the third acquittal in American history.

It's been some 5 months of hearings, investigations and cascading revelations about President Trump’s dealings with Ukraine, and charges that he abused his power and obstructed Congress to aid his own re-election

Senators voted on Wednesday afternoon to acquit President Trump on two articles of impeachment — abuse of power and obstruction of Congress.

In what Trump has referred to as a 'politically motivated hoax to take him down', he now prepares to campaign as an exonerated executive.

Trump, in his state of the union address made his views on Oil & Gas clear for his upcoming run.

"Thanks to our bold regulatory reduction campaign, the United States has become the number-one producer of oil and natural gas anywhere the world, by far."

Regarding jobs & employment, he added that "With the tremendous progress we have made over the past three years, America is now energy independent, and energy jobs, like so many other elements of our country, are at a record high."