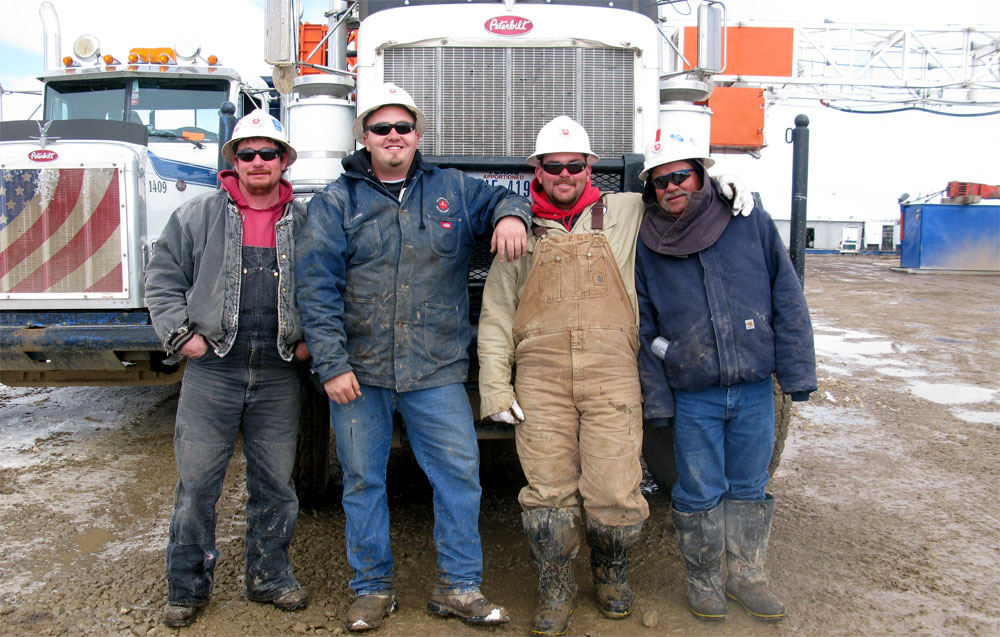 Need for 3,000 More Truck Drivers in the Permian

“We are able to sell the trucks to the crude haulers, but there’s no one to drive them.”

When the price of oil collapsed in 2014 and disrupted drilling operations all across Texas’s massive Permian Basin shale formation, truckers were among those hardest hit. Rendered unnecessary by the slump in output, they were fired by the hundred.

Three years later, the drillers want the truckers back. The feeling, though, isn’t mutual. The pain of the 2014 bust remains fresh for many who went on to find driving gigs in other industries.

The problem is most acute in the western fringe of the Permian — known as the Delaware Basin — where shale companies are moving back aggressively as prices climb. Given the off-the-beaten-path location of these wells amid the sprawling 75,000-square mile Permian, the need for truckers to haul the oil over primitive roads to pipelines is greater than in more centrally located spots.

“We are able to sell the trucks to the crude haulers,” Wade Black, a salesperson with Premier Truck Group in Amarillo, Texas, told Bloomberg. “But there’s no one to drive them”

About 3,000 oil truckers are hauling oil around the Permian, more than the 2,000 to 2,500 just before the 2014 price bust. But companies will need to hire more than 3,000 additional drivers at the rate the patch is growing.

Those drivers are sorely needed, especially in the fast-growing Delaware Basin, which has become the Permian’s second-largest section. There are as many as 2,000 trucks just servicing the Delaware, each able to transport about 180 barrels, Joey Lee, General Manager with Premium Truck of Odessa, told Bloomberg.

The problem? Drivers are worried they won’t get paid much, given that most operators are still in austerity mode with prices well below their 2014 peak, according to Lee.

Oil truck drivers are paid about $100,000 per year, up to 20 percent below 2014 salaries. Typically, oil truckers got paid more than frac sand drivers because of the additional skills needed to haul a hazardous substance like petroleum. But that salary disparity is narrowing as demand grows for frac sand.

Truckers are also concerned about the implementation of digital log books this month that compute the hours of operations more accurately, instead of the manual logs where drivers got to pen down the hours themselves. Drivers, who get paid by how much time they spend time in a field “could manipulate the system with manual entries,” Lee said.

The oil industry will simply have to pay up get more drivers, Lee said. “It’s offering better incentives like more time off or bigger bonuses. This is the competitive nature of the business.”