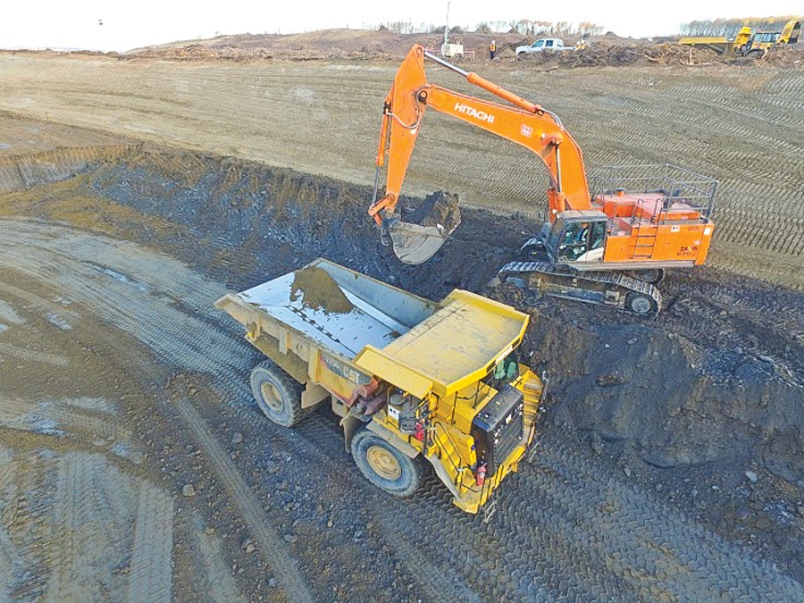 Mega Dam Project Gets Final Go-Ahead in BC

British Columbia's Site C hydroelectric dam, under construction near Fort St. John for the past two years, has survived moves to delay or cancel the project.

The government of British Columbia decided on Monday to proceed with a large hydroelectric dam project approved and put into construction by a previous government.

The western Canadian province also raised the projected cost of the project to C$10.7 billion, up from a previous estimate of C$9 billion.

"It's clear that Site C should never have been started," provincial premier John Horgan said. However, cancelling the Site C dam project would cause electricity rates to rise and cost C$4 billion due to money already spent and remediation costs. "The old government recklessly pushed Site C past the point of no return," Horgan said. "Our job now is to make the best of a bad deal."

The decision to forge ahead with construction follows a review by the British Columbia Utilities Commission released last month, which found the massive project was already over budget and a year behind schedule.

The NDP government, which came to power in July, had requested the review to help it decide whether the project should go ahead.

British Columbia's former Liberal government approved the project in 2014, saying it would help meet a surge in electricity needs over the next 20 years.

Companies from around the world are involved in the construction. Peace River Hydro Partners, jointly owned by Acciona and Samsung C&T, was awarded the C$1.75 billion contract for civil works, and is bidding for the generating station and spillway contract. Canada's Aecon Group Inc is part of a joint venture also bidding on a generating station and spillway contract.

The Site C project will flood more than 5,000 hectares (19 square miles) of land in northeast British Columbia and has spurred opposition from local farmers and indigenous groups.

Some 2,000 workers are already employed on the project, begun two years ago. It is the largest capital project in BC Hydro's history.