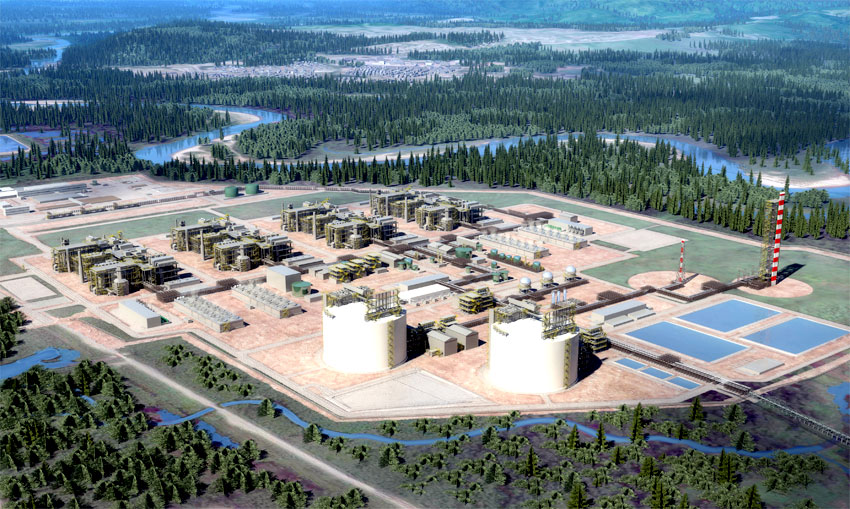 Costing up to $40 billion once it’s completed, the B.C. facility represents the largest private-sector investment in the country’s history.

With support from First Nations, the community, all levels of government, business, labour and countless individuals and organizations, LNG Canada has been given the green light from their joint venture participants to move their massive LNG export facility forwards into construction.

While widely anticipated by Shell and its partners — Petronas, PetroChina, Mitsubishi Corp. of Japan and Korea Gas Corp, Today's decision represents a significant breakthrough for the oil and gas sector.

And the Liberal Government couldn't be more pleased to celebrate the win.

Given the contrast between this and the disappointment stemming from the delay ridden Trans-mountain project, a story by CBC indicated that Prime-minister Trudeau "couldn't contain his glee" over the good news during a news conference announcing the investment.

He reportedly repeated it three times over the course of his speech — smiling a little wider each time he said it.

The project will liquify and transport natural gas from the low-cost Montney gas fields that straddle the Alberta-B.C. border to energy-starved markets in Asia, many of which are heavily dependent on coal to keep the lights on.

Construction will start right away; all the necessary federal and provincial approvals are in place for both the terminal and the pipeline that will feed it. Tariff relief for some necessary steel components has been granted. And the power supply agreements — B.C. Hydro will supply some clean power to the project — are up and running.

Andy Calitz, the CEO of LNG Canada stated that "Today, a few dreams are realized...The first one is it validates the reality that, in B.C., projects can be done if they're done in the right way when it comes to resource development through a process of building relationships before we build the project."

While some critics indicate that this decision “does nothing for oil transportation infrastructure which is where there is this critical gap in Canada,” analysts see the decision as overwhelmingly positive for the battered Canadian energy sector.