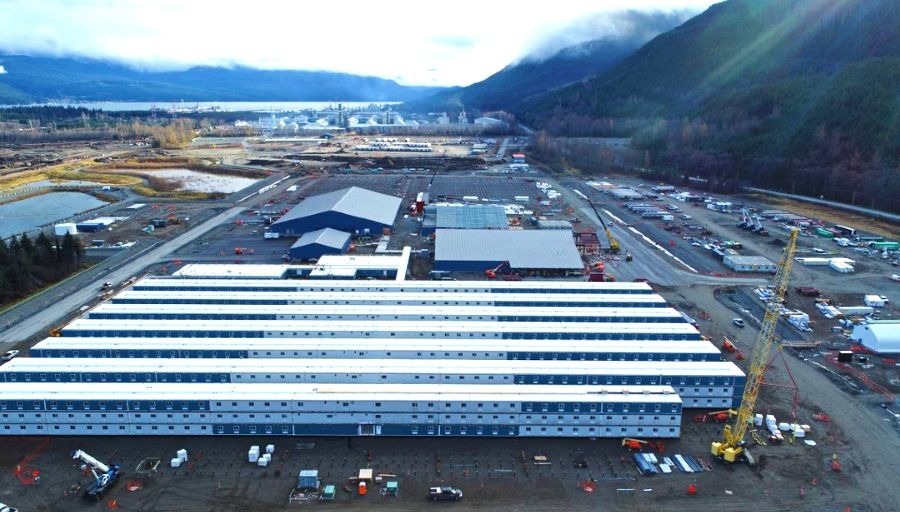 On Monday night, LNG Canada (along with main contractor, JGC Fluor) announced they would be reducing the number of workers at the Kitimat site, where workers are housed in a massive work camp.

Meanwhile, US Based Hallilburton made moves to furlough 3,500 of it's Houston Employees.

Further, LNG Canada will stop flying in workers who typically work two weeks in, 1 week out to its work site in Kitimat to reduce exposure to the workers who are already there.

Currently there are about 1,750 workers on site, with cuts expected to reduce the site's workforce by 50%.

The Company had already taken steps to reduce travel between Canada and China, where LNG modules are being built - as well as requiring some employees to work from home.

"We're going to try to stay as much as we can ahead of the issue and take a look at what further actions may be required, which might also mean that we reduce further. In terms of ramping back up, that's going to be decided to based on when we believe it's safe to do so" said Susannah Pierce, LNG Canada's director of corporate affairs.

""We do need to make sure that we have people on site who can ensure that the facilities continue to be safe and secure, but then also from an environmental perspective make sure that we're maintaining the site from the compliance perspective. So it won't be shut down because we'll have to keep staff on to do those sorts of things."

She said the company had started restricting travel for staff and contractors between the Kitimat site and a number of countries a month ago, including China, Korea and Italy, to reduce the potential for transferring the virus within the community and directly on site.

Business travel between Kitimat and all other regional and international locations continues to be heavily restricted.