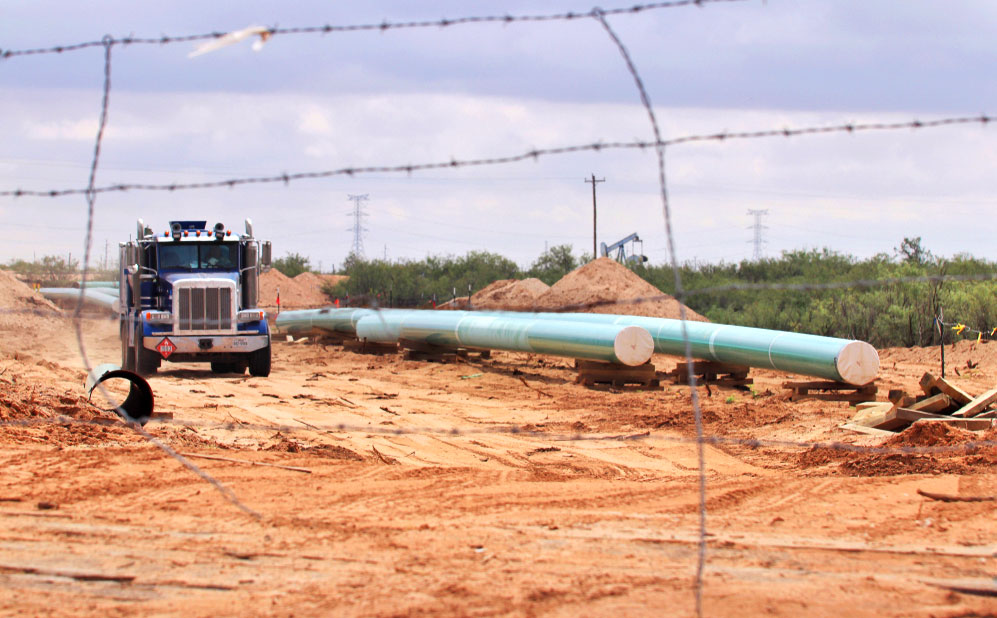 As natural gas production has outpaced pipeline capacity in the Permian Basin, a gas glut has led to plummeting prices in the region, with spot prices at the Waha hub even trading at negative levels.

“Demand to get gas out of the Permian continues to grow and the desire to unlock value that’s in oil and (natural gas liquids) continues to put pressure on need for additional takeaway capacity,” Kean said. “There is interest in pipe three.”

Kinder Morgan’s Gulf Coast Express natural gas pipeline in the Permian Basin is set to come into service in October. Another similar project, the Permian Highway, is on schedule to begin service one year later.