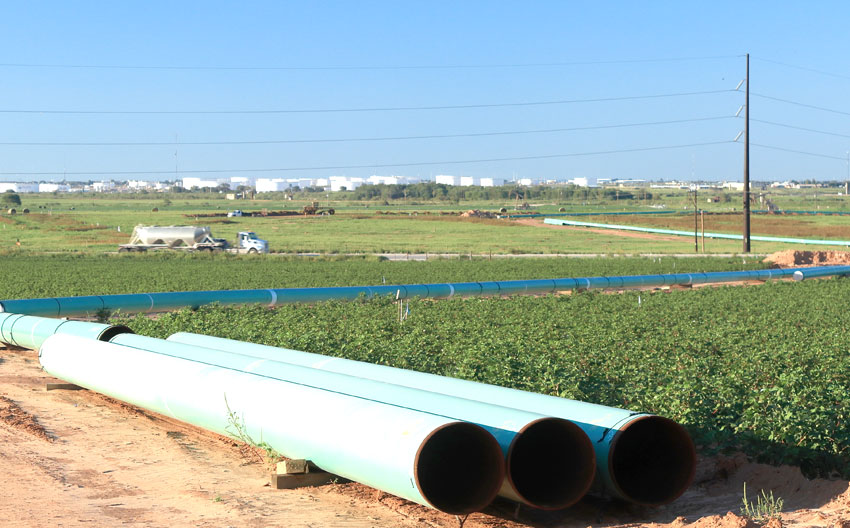 "Kids out there getting paid $6,000 every 2 weeks" & The Industry Still Can't Find Enough Takers

Oil & Gas made a "giant mistake" in letting so many people go during the last downturn, despite the fact that "There are kids out there getting paid $6,000 every 2 weeks."

The one piece of advice that Ryan Byrd - a veteran of the oil patch who is skeptical of the recent boom - has for others looking for fat paychecks in oil & gas is "be prepared to one day wake up, go to work and find that the job is not there."

Now with three major new lines set to open through 2019, it appears that this issue may be solved. However, an even more daunting challenge remains: Finding hundreds, if not 1000's of workers over the next year and a half to operate those wells, while hoping industry folk forget the some 440,000 who lost their jobs between 2014-2016.

"It's a huge concern for 2019," said James Wicklund, a Credit Suisse Group AG analyst in Dallas. "It's frankly today a bigger concern than oil prices, because oil prices are fine where they are. The availability of labor is not."

More capacity coming online through 2019 means more crews - one analysts believes as many as 100 more crews may be needed.

"We're already underwater in regards to finding qualified talent in that area," said Amanda Dale, who is hoping to double the size of her Houston hiring firm, Energy Careers, to eight staffers in 2019, anticipating an oil industry buildup.

"The Works is there, But They Can't find people"

The driving issue? The industry seeks experienced professionals, and the harsh reality is, Oil & Gas workers just got sick of the inconsistency of a boom-and-bust industry. "The work is there," Dale said in an interview. "But they can't find the people. I can only imagine what it's about to be in a year to year-and-a-half."

The industry made a "giant mistake" in letting so many people go during the last downturn, said Chris Wright, chief executive officer at Liberty Oilfield Services Inc. "Our industry isn't sexy today," he said by telephone to the Dallas Morning News.

"That piece of the story, the human piece over the next two years, is going be the biggest strain for the industry."

Crystal Webb, chief executive officer of the oilfield recruiting firm Intent Houston LLC, said she believes the industry needs to change the focus of its worker search moving forward. While the industry has depended primarily on high pay in the past, it needs to add better working conditions, more affordable housing and better benefits to compete for workers in the current job environment, she said.

Indeed, while the industry seeks experience, the allure of big cash seems to have swept the US, and an increasing number of individuals appear willing to try their hand at Oil & Gas. But will free training, travel, housing, and of course, a 6 figure payday be enough to blind them from the fact that history will no doubt repeat itself?