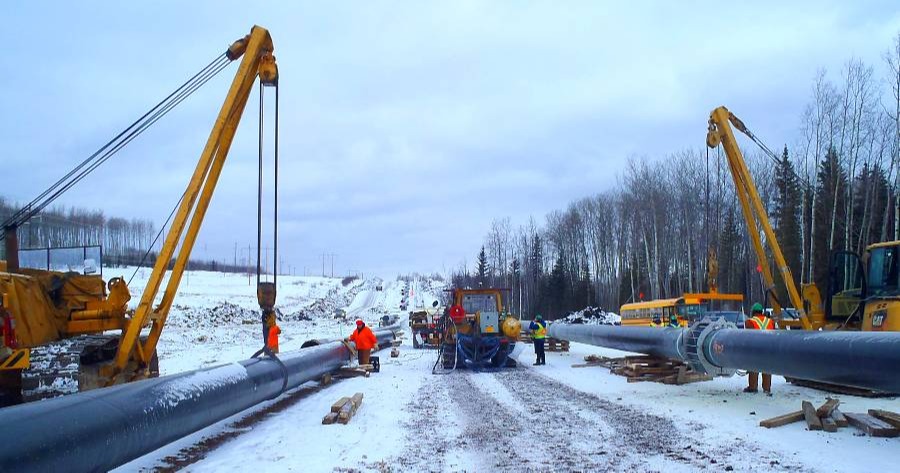 The announcement that the Keystone XL pipeline will proceed gave the town of Hardisty, Alberta a glimmer of hope in the midst of economic uncertainty. The central Alberta town of 540 has started preparing to accommodate an influx of pipeline workers, who make up half the population.

Located 200km southeast of Edmonton, Hardisty will serve as the northern point of the 1,947 km pipeline, which will transport 830,000 barrels of oil per day to Nebraska when completed.

Hardisty has been long awaiting news on the anticipated pipeline. The project received a $1.5 billion investment from the provincial government on Tuesday, with a further loan guarantee of $6 billion in 2021.

Over 300 workers are expected to arrive in Hardisty over the coming weeks. Mayor Douglas Irving has said that the town’s 260 hotel rooms, most of which have been empty, are ready and waiting for construction crews to arrive.

Local shops and businesses were also excited by the announcement.

“We’ve been waiting a long time,” Irving said, “It will be a huge boost to our small businesses and restaurants.”

Local real estate agents are also optimistic. When hotels run out of vacancies, some workers may look at properties to buy or rent. Real estate agent and local town councillor Connie Beringer says that at least 10 properties are for sale in Hardisty right now, though not a single home sold last year.

“Our community has suffered some great losses with the price of oil on a steady decline,” she said. “In a world right now with a lot of doom and gloom, this gives people hope.”

Irving has had many conversations in regards to COVID-19 safety precautions with pipeline manufacturer TC Energy, stating that he is not concerned.

“Oil companies are very good at self-disciplining so they’re welcome in our town,” he said.

Beringer remains optimistic for what the future holds for Hardisty and its residents.

“There is a light. There’s some light peaking through,” she said. “It’s good knowing something is going ahead and hasn’t been cancelled.”

The pipeline project is expected to create 1,400 direct jobs, as well as 5,400 indirect jobs in Alberta during its construction.

The project is expected to be completed by 2022 and will generate approximately $30 billion in taxes and royalties.