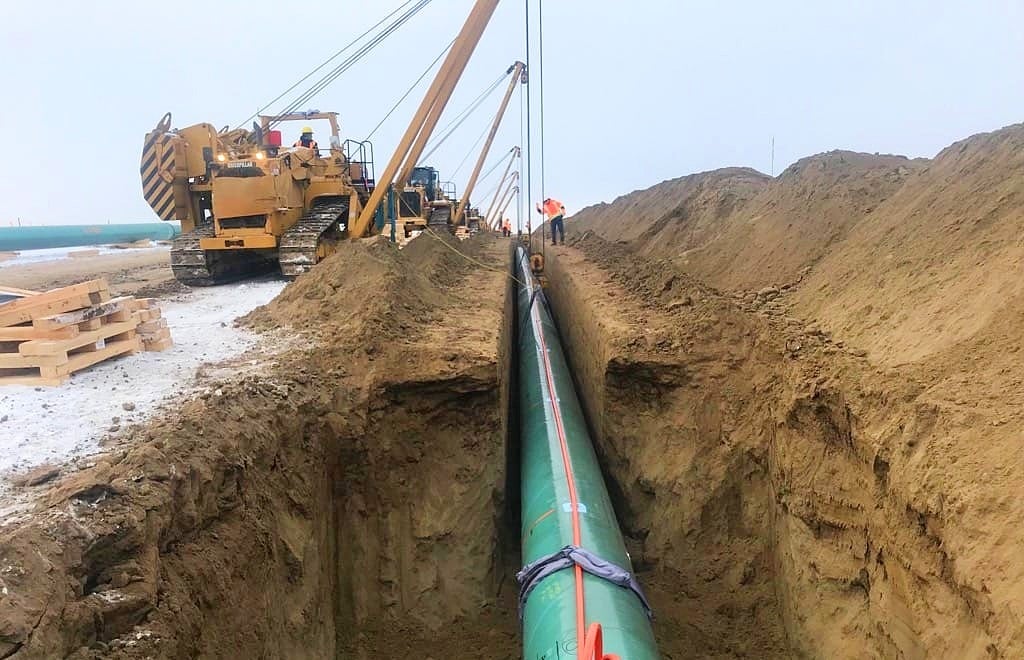 It's official: Pipe for Trans Mountain expansion has officially been put into Alberta Soil

It's official: Pipe for the Trans Mountain expansion project has officially been put into Alberta soil.

The company made an announcement via their Facebook page that "Pipe's in the ground!", on the heels of their announcement earlier this month that they had planned to do so by years end.

Construction has been ongoing across Alberta throughout December, including work on multiple pump stations and related activities focused on preparing the land for pipe.

From a news release on their website dated December 12th, "Trans Mountain has begun construction in several areas in Alberta. Pipe transport, stringing and assembling has begun in Greater Edmonton (Spread 1) with the first pipe expected to be in the ground before Christmas. "

On the BC side, crews have been working on the Westridge Marine and Burnaby Terminals since August.

In October, Trans Canada announced they had already hired around 2,200 people for work across the two provinces, and that 4,200 are expected to be hired by the end of the year.

The majority of hiring for the Project will be done by the contractors responsible for building the pipeline and facilities and interested applicants are encouraged to submit resumes directly to the selected contractors for their area of interest.