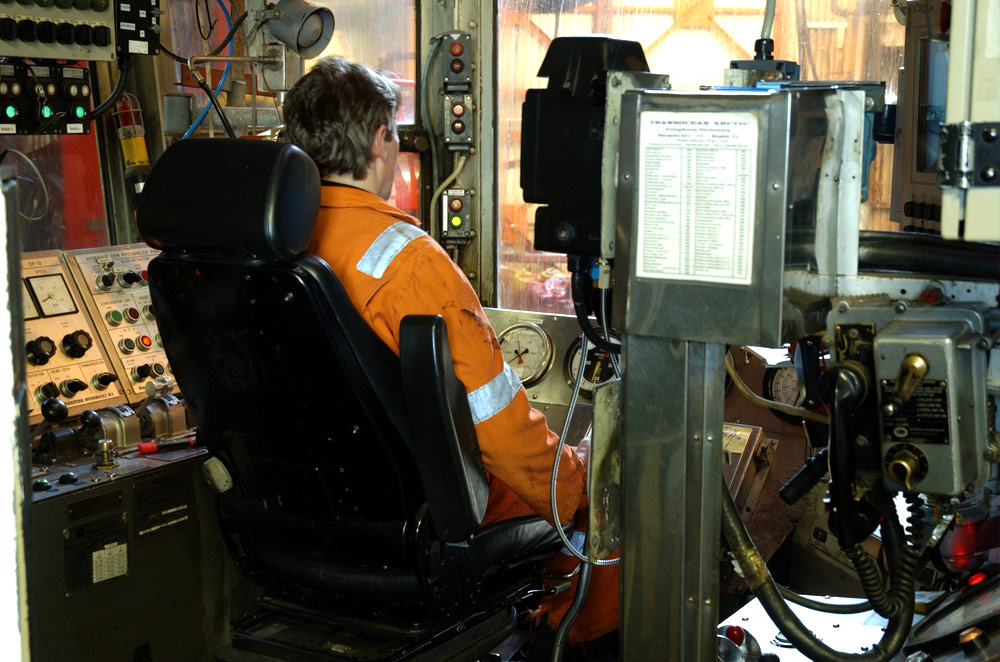 Highly paid technical workers make up just 10 percent of the workforce in the oil and gas industry, but those numbers are expected to grow, especially in offshore drilling.

To the foreign eye, Chevron Phillips' Baytown, Texas, plant looks like a sprawling maze of pipes, tubes and tanks. But what you can’t see at first glance is the dozens of people sitting several yards away who keep the plant’s machinery humming along safely.

They’re in an air-conditioned blast-proof control room behind a wall of computer monitors with moving diagrams and colored lines flashing like an automated game of Tetris. Called process operators, they sit in office chairs for 12-hour shifts tracking the computerized operations of each machine, pipe, tower and tank. They look for any sign of irregularity in temperature, pressure, timing and other minute changes.

They each hold two-year technical degrees — most likely with a fraction of the college debt of the average graduate. The average plant operator with a two-year degree starts out with an $80,000 salary and usually grows to $100,000 or above, according to the American Chemistry Council, the industry trade group.

Peter Rodriguez, economist and dean at Rice University, estimates these highly paid hourly technical workers make up about 10 percent or less of the workforce in the oil and gas industry, but he expects those numbers to grow, especially in offshore drilling, as fewer people work on the rig itself and more are in control rooms monitoring systems.

These workers fall into what some economists call the “middle-skills gap” — the mounting imbalance in the supply and demand for skilled workers such as welders, truckers, pipe fitters, millwrights, technicians and electricians.

In the Houston area, the industrial construction sector alone could have a shortage of between 5,000 to 10,000 “middle-skill” workers in the next four years, because not enough people are entering these jobs to keep up with the workers retiring, according to data from the Greater Houston Partnership, a business-finance economic development group.

Many young people don’t think of these gold-collar professions when considering their options, notes Bill Gilmer, economist with the University of Houston.

“Aspirations have been set at a different level these days in terms of what you should do coming out of high school, which isn’t necessarily bad,” Gilmer told the Houston Chronicle. “But they don’t explain that alternative of a gold-collar job or even high-paid construction job.”

“We’re a lot more technologically advanced than people give us credit for,” she says.