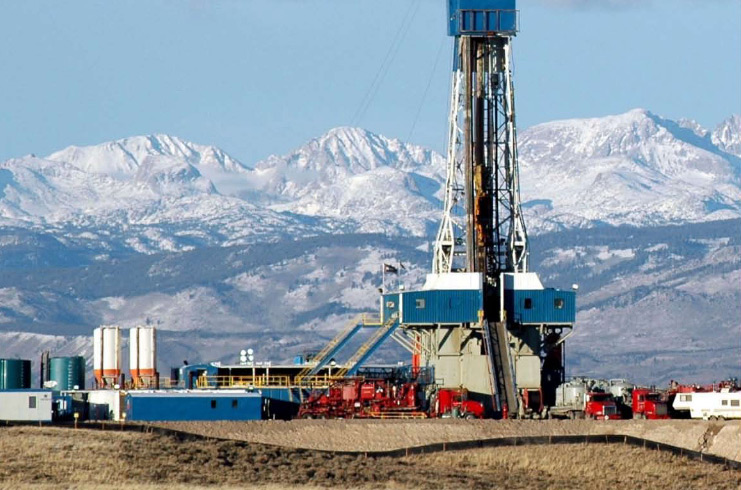 If passed, Proposition 112 will increase the minimum distance between new wells and homes, offices, rivers and playgrounds to 2,500 feet from current setbacks of 500 feet for homes and 1,000 feet for higher occupancy buildings.

Oil production in Colorado continues to set new records. Drillers pumped a record 13.4 million barrels of oil in May – the biggest month ever.  Production is up almost 40 percent since last year and prices are hovering around $70 a barrel, more than enough for producers to make healthy profits.

However, a November ballot measure would result in what the industry calls a de facto ban on new drilling.

If passed, Proposition 112 will increase the minimum distance between new wells and homes, offices, rivers and playgrounds to 2,500 feet. Current oil and gas setbacks range between 500 feet for homes and 1,000 feet for higher occupancy buildings.

The potential consequences of such proximity were underscored last year in Firestone, about 30 miles north of Denver, when a home located 178 feet from a well exploded, killing two people, after gas seeped from a leaking pipeline.

According to Colorado Public Radio, the initiative is supported by some local governments, including the Boulder County Commissioners, local control groups Broomfield Clear Air and Water and environmental groups like the Sierra Club.

Anne Lee Foster with the environmental group Colorado Rising, told CPR recently that the 2,500-foot setback is “not just an arbitrary number like the current setback is.” Instead, it’s a number “based on science,” that comes from a 2012 University of Colorado study that found people living within a half mile (2,640 feet) of wells had a greater risk for health effects compared to those living further away.

Proposition 112 would  rule out 85 percent of all non-federal land in the state, according to the Colorado Oil & Gas Conservation Commission. In the five counties that produce 90-95 percent of Colorado’s oil and gas, 94 percent of non-federal land would be off-limits. The implications of such a ban would be national. Colorado ranks fifth among the states in production of natural gas and seventh for oil.

The blow to the oil and gas sector would be considerable, threatening – or promising, depending on one's view – to galvanize similar grassroots efforts across the US. Three states have already banned fracking: New York and Vermont did so in 2012, and Maryland followed suit last year.

However, Colorado’s Proposition 112 is not going to get an easy ride: In 2016 environmentalists failed to get enough signatures to put a similarly restrictive measure on the ballot. Also that year, the Colorado Supreme Court overturned a Fort Collins fracking moratorium and a ban in Longmont.