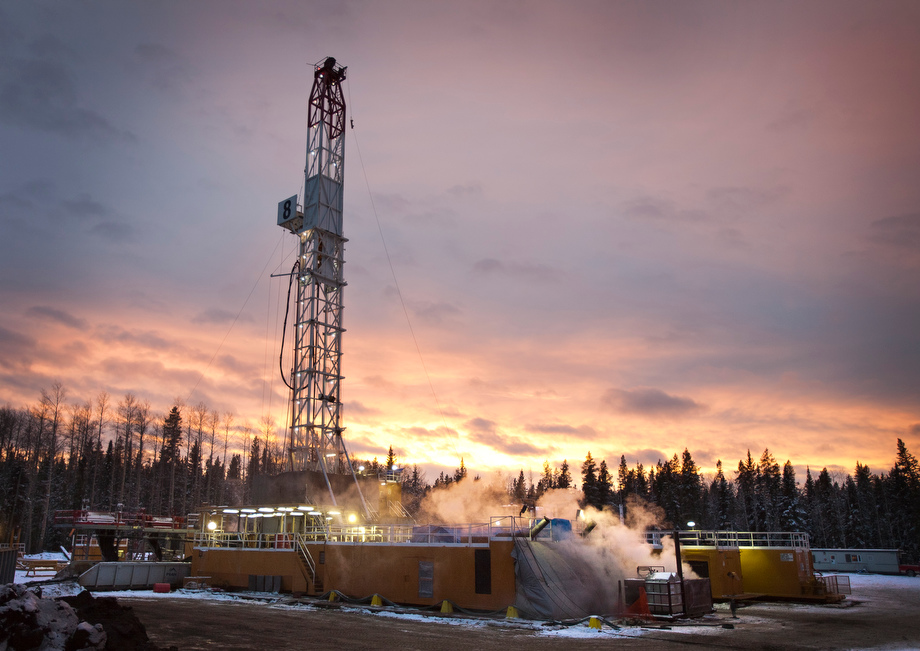 If You Can’t Pipe It, Refine It: Alberta Seeks Oil Glut Solution

What’s worse: Too much oil, or too much gasoline? The government of Alberta, weighing the potential of a new refinery for the province, may be on its way to finding out.

In 2018, surging crude production in Canada’s oil patch ran into limited space on export pipelines, creating bottlenecks and sending the price of local oil to record lows relative to world benchmarks. Now Alberta Premier Rachel Notley’s government wants to see if keeping more of the oil at home with a new refinery will make a difference.

In December, the government reported it was surveying private companies about building a new refinery. The goal: Free up space for crude on local pipelines by turning more of it into higher-value fuels such as gasoline and diesel. Analysts, though, say existing refineries in the province already produce more refined fuel than is needed.

“It’s not a lot different than the issue they have with crude,” Jason Parent, vice president of consulting at Kent Group Ltd, a downstream consultancy based in London, Ontario, told Bloomberg. “You still have to ship that product to market.”

The province will accept submissions for refinery proposals until February 8 and will consider greenfield projects and expansions at existing sites. At this point, the government is only seeking a sense of the projects companies may be considering and isn’t yet ready to say how it would support those plans.

Heavy Western Canadian Select, the type of crude produced in Alberta, fell to a $50 a barrel discount to West Texas Intermediate, the US benchmark. The situation became so acute that Alberta’s government announced a mandatory, province-wide 8.7 percent production cut to keep prices from falling further.

New oil export pipeline projects — including TransCanada’s Keystone XL, and the expansion of the Trans Mountain pipeline to the Vancouver area — have faced environmental opposition and court-imposed delays. Even Enbridge’s Line 3 expansion, approved and scheduled to start operation in the second half of this year, is facing legal challenges from opponents.

While building more refining capacity in the province would reduce the glut of crude oil, the province’s five existing refineries already produce more refined fuels — including gasoline, diesel and jet fuel — than is needed. And, as with crude oil, pipeline links for refined products to markets outside Alberta are limited.

The 300,000 barrel-a-day Trans Mountain line transported 42,000 barrels a day of fuels to the Vancouver area for use by drivers in British Columbia. Enbridge’s Line 1 moves gasoline and diesel from Edmonton, Alberta, to third parties in Gretna, Manitoba, but none to the US.

Alberta is already home to Canada’s newest refinery. The North West Redwater Partnership’s Sturgeon plant, which opened in 2018, produces 40,000 barrels a day of diesel as well as vacuum gasoil and propane and butane. But that project only came to fruition with government loans and a commitment by Alberta to process 37,500 barrels per day of royalty bitumen at the plant for a toll that helps cover construction costs, which have more than doubled since the project was first proposed to C$9.7 billion as of last year.

At the same time, a new refinery would compete in a North American market where fuel demand is flat or declining, and where refineries built decades ago are already supplying local markets with the fuel they need, according to Kevin Birn, IHS Markit’s director of North American crude oil markets.

“More Alberta-based refining was a no-brainer twenty or third years ago,” said Gil McGowan, president of Alberta Federation of Labor and a supporter of building more refining capacity in Alberta. “The economics are more challenging now.” A new refinery would have to focus on exports, probably to Asia, he told Bloomberg.

Refineries would free up some space on pipelines by displacing imported condensate that’s diluted with bitumen to make the sticky oil flow, believes Birn. But imported condensate is already increasingly being displaced as local condensate production rises in the tight oil and gas formations of Western Canada.

Building refineries in Alberta is “not a solution to the current takeaway situation,” according to Birn. “By the time you get this facility on, you are looking four or five years down the line. If you can’t get your egress solved by then, you’ve got a problem.”