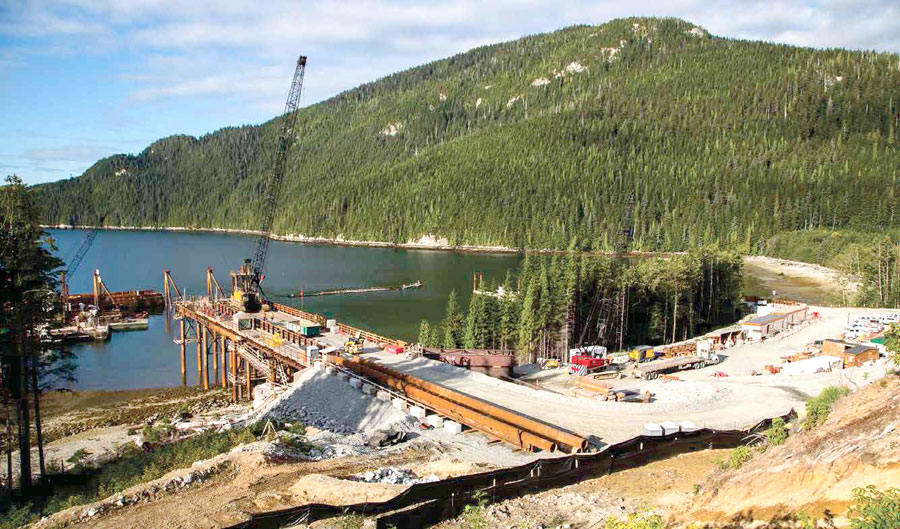 "Goose bumps" as Shell Ramps Up in Kitimat, Raising Canada’s $30B LNG Hopes

A flurry of activity in a remote Canadian town is raising optimism that Shell is ready to go ahead with the nation’s largest infrastructure project: a $30 billion liquefied natural gas terminal that could at last unlock energy exports to Asia.

The action is unmistakable in Kitimat, British Columbia, the Pacific coast city hugging a deep inlet that would be the closest launch point on the continent for LNG cargoes to Asia. Local workers are leaving jobs at a Rio Tinto smelter nearby to join contractors ramping up for the LNG project. Landlords are raising rents and houses are selling twice as fast as they used to in anticipation of a flood of workers coming to town.

LNG Canada, as the project is called, will eventually ship as much as 28 million tons a year out of Kitimat, the equivalent of 10 percent of global LNG supply in 2017. It would carve out a new path – the shortest by days – between North America and Asia for super-chilled gas. For Canada, whose energy exports are sold almost exclusively to the US at depressed prices for the lack of a coastal facility, it means unlocking the Montney, a massive formation holding about half the total reserves of Qatar, the world’s biggest LNG exporter.

LNG Canada – comprised of Shell, Mitsubishi, Malaysia’s Petroliam Nasional, PetroChina and Korea Gas – expects to make a final investment decision by the end of the year.

Calgary-based Stream Asset Financial Management said it believes a positive final investment decision "is effectively a done deal" and will be announced earlier than expected. In a note Monday, the asset manager said a decision may come as early as this month. National Bank of Canada analyst Greg Colman told Bloomberg "the probability is weighted towards a positive decision." His team, using Google Earth, has spotted old storage tanks being cleared from the site, a barge installing piles to expand the pier, and preparatory work for the massive camps that would host thousands of workers.

The clock is ticking. British Columbia has set a November 30 deadline for a final decision if the project is to claim as much as C$6 billion in tax breaks and savings. Meanwhile, in recent weeks both LNG Canada and TransCanada, which would build the 670-kilometer pipeline to supply the terminal, have selected their main contractors to lock in prices for the project.

Graham Pitzel, a Re/Max real estate broker in Kitimat, says property prices will surge as the project takes off. Homes that never fetched more than $200,000 earlier are now selling for $260,000 and up.

In May, Prime Minister Justin Trudeau’s administration had to buy Kinder Morgan’s Trans Mountain oil pipeline system for C$4.5 billion to ensure the controversial expansion gets built amid fierce local opposition. While LNG Canada has the support of the provincial government, the proposed TransCanada pipeline route runs near one group of indigenous opponents in northern BC pledging to block the project.

Still, indigenous and municipal officials say Shell has painstakingly cultivated on-the-ground support in Kitimat and is unlikely to face local opposition. The plant will have the lowest carbon emissions in the world per ton of LNG produced, according to the provincial government.