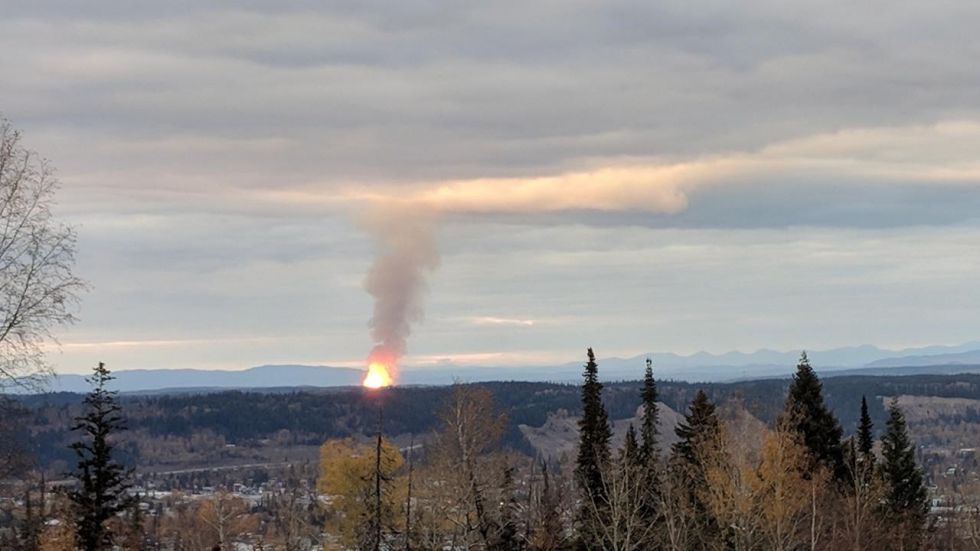 Natural gas has begun flowing again on a pipeline in British Columbia after a rupture on an adjacent line forced oil refineries in Washington to cut output and sent gasoline prices soaring up and down the West Coast.

An explosion Tuesday on Enbridge’s Westcoast Mainline gas system rippled through energy markets in the Pacific Northwest. Late Wednesday, Canadian regulators agreed to Enbridge’s plan to pump gas through a 30-inch line that is in the same right of way as the 36-inch line that exploded. The smaller line, shut as a precautionary measure after the rupture, will be returned to about 80 percent of its capacity, Enbridge said in a statement.

Fortis, a Canadian company that distributes gas from the system, said in a statement Thursday that the line has begun flowing, but it asked customers to “avoid non-essential use of gas until the situation is completely resolved” because supplies are still tight, Bloomberg reported.

The Enbridge pipeline is part of the Westcoast Energy network, and carries as much as 2.9 billion cubic feet of gas a day – supplying half of the demand from Washington, Oregon and Idaho – from the Fort Nelson processing plant in northern British Columbia to the US border. The 1,751-mile line connects to gas fields as far north as the Yukon and Northwest Territories.

The line carries gas to refineries in Washington state to operate units that process crude oil into gasoline, diesel and other fuels, as well as to utilities in the region. Refiners use the gas to generate steam and power at their facilities.

About 100 people in the Lheidli T’enneh First Nation were evacuated Tuesday evening after the line ruptured in a rural area outside of Prince George. Enbridge said the incident is under investigation.