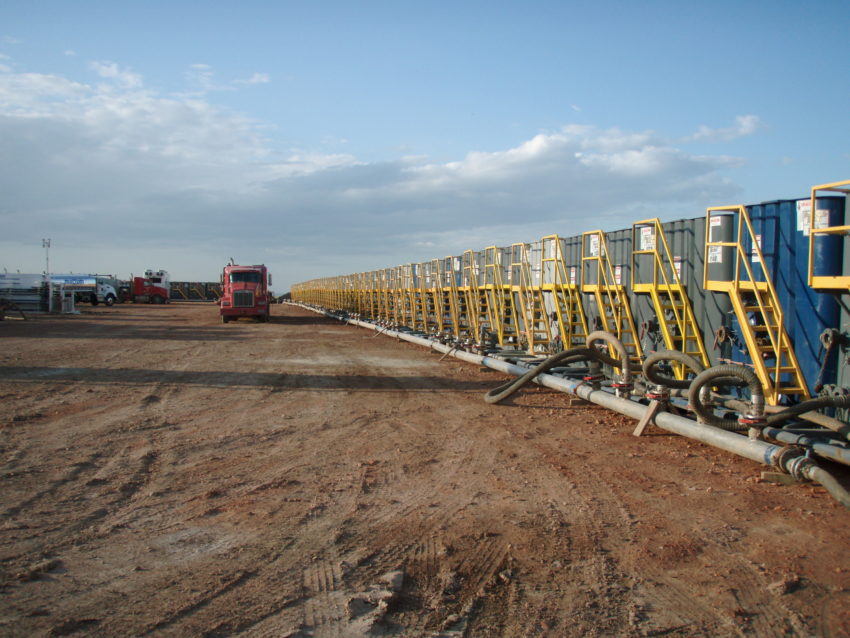 Frackers on a Short-Term Treadmill

Though most shale companies have yet to consistently generate more cash than they spend, their rapid expansion has turned the US into the world’s largest oil producer. That growth has begun to slow, however, after rising steadily for much of last year.

Shale companies from Texas to North Dakota have been managing their wells to maximize short-term oil production, with long-term consequences for the future of the American energy boom, according to the Wall Street Journal.

By front-loading wells to boost early oil output, many fracking companies have been able to accelerate growth. But these newer wells peter out more quickly, so companies have to drill new ones sooner to sustain their production.

In effect, frackers have jumped on a treadmill and ratcheted up the speed, becoming ever more dependent on new capital to keep oil production humming, even as Wall Street is becoming more skeptical of funding the industry.

The emphasis on maximizing early oil output, largely by small and midsize shale drillers, contrasts sharply with how big oil companies such as Chevron and Exxon Mobil are seeking to develop some of the same areas.

“You don’t try to grow production fast,” Chevron Chief Executive Mike Wirth told the WSJ in a recent interview. “You really look at the entire life cycle of the asset.”

Though most shale companies have yet to consistently generate more cash than they spend, their rapid expansion has turned the US into the world’s largest oil producer. That growth has begun to slow, however, after rising steadily for much of last year, according to the Energy Information Administration.

Chevron announced plans last month to more than double its production of oil and gas in the Permian Basin of West Texas and New Mexico over the next five years. Exxon said it expects its output in the oil field to reach one million barrels of oil and gas daily as soon as 2024. But the companies say they are doing so patiently, with an eye toward extracting more oil over the life of the wells.

Another side effect of front-loaded wells is that they unleash enormous amounts of natural gas, because gas escapes more easily than oil from underground reservoirs as pressure falls.

Gas production in the two largest US oil fields, in Texas and North Dakota, has grown 43 percent in the last year, as oil output grew 35 percent, according to EIA data. There isn’t enough pipeline capacity to bring all of that fuel to market, so companies in West Texas effectively have had to pay people to take it away.

Large quantities are also going up in smoke, as companies burn gas they cannot move or sell, a practice known as flaring. Operators in the Permian and North Dakota burned more than one billion cubic feet of gas daily in October, according to public data and Rystad Energy.

In the Williston Basin, which extends into North Dakota and Montana, newer wells drilled by EOG Resources are producing less oil and more gas than their predecessors, according to data from ShaleProfile, an industry analytics platform.

EOG said it wasn’t unexpected for well results in an area to vary year-to-year. “These performance factors are predictable,” a spokeswoman told the WSJ.

In the Permian Basin, Laredo Petroleum expects to wring an average of 15 percent less oil and 13 percent more gas than previously forecast from its wells over five years, the company told investors in February.

Laredo is adjusting by increasing the space between its future wells, though doing so means it will have fewer overall locations to drill.

While exploration and production companies are modifying their approach, Julie Francis, an analyst at energy consultancy Wood Mackenzie, said they face an uphill climb because of the increasingly rapid decline of their shale wells, likening the situation to trying to refill a leaky cup.

“They will have to invest more in order to grow,” she said.