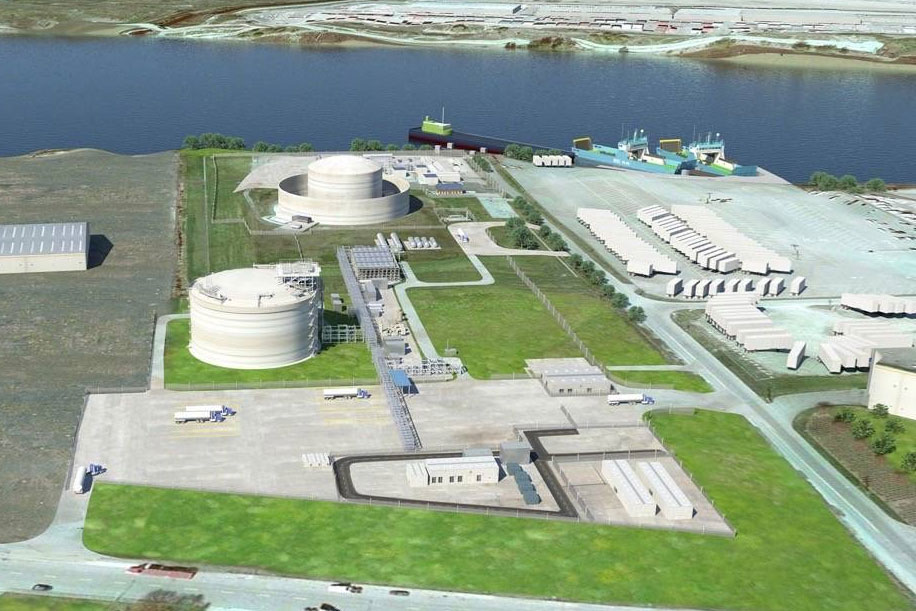 Canada's liquefied natural gas export industry recently reached a milestone with the departure of its first shipment to China in a pilot project to determine long-term feasibility.

Canada's liquefied natural gas (LNG) export industry recently reached a milestone with the departure of its first shipment to China in a pilot project to determine long-term feasibility. LNG was supplied by FortisBC's Tilbury facility in Delta, logistics and equipment were provided by True North Energy and CIMC ENRIC Holdings, and the cargo was shipped from Vancouver.

"This pilot is a small, but significant step for BC's LNG export industry," said Douglas Stout , vice-president of Market Development and External Relations, FortisBC, in a statement. "At FortisBC, we are working toward changing the LNG landscape with the first of what could be many shipments from our province."

China is projected to become the world's second largest LNG importer in 2018. The Chinese government is stepping up its efforts in combatting air pollution and LNG imports have more than tripled in the last six years.

"Our Government is pleased to see this pilot project launch its first shipment of LNG to China," said Michelle Mungall , Minister of Energy, Mines and Petroleum Resources. "The opportunities for good jobs as we reduce carbon emissions in the transition to cleaner fuels is just getting started."

FortisBC has been liquefying natural gas at Tilbury since 1971, when the facility opened to supplement supply during the coldest winter days. More recently, natural gas is supplied to remote BC communities and heavy-duty vehicle fleets. FortisBC can also transport LNG to fuel vessels along the West Coast.