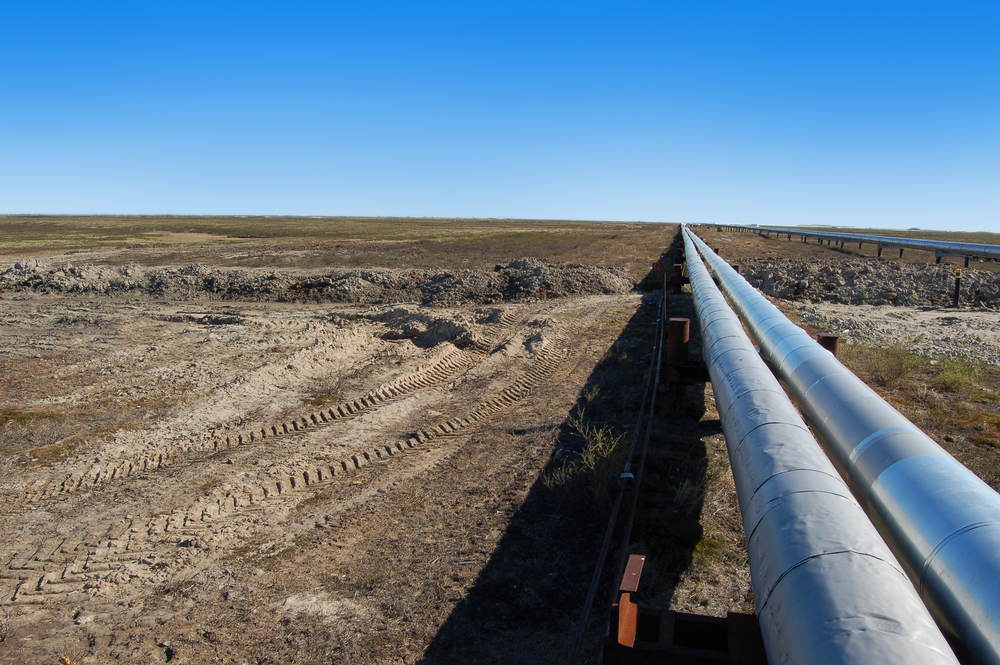 End of the Line for TransCanada's Energy East Oil Pipeline

Supporters of the project blast regulators for a lack of clarity and an unclear decision-making process that put environmental issues ahead of the national interest and killed thousands of  jobs in western provinces and New Brunswick.

TransCanada Corp. has scrapped its Energy East Pipeline and Eastern Mainline projects, oil and natural gas conduits that have faced regulatory hurdles in Canada and stiff opposition from environmental groups.

The company said in a statement on October 4 that "after a careful review of change circumstances," it would tell Canadian energy regulators and those in Quebec it was no longer pursuing the project.

TransCanada announced its C$15.7 billion Energy East project three years ago, proposing the construction of a new 930-mile segment and converting 1,800 miles of gas line for oil service. It would have carried 1.1 million barrels of oil per day from Alberta and Saskatchewan to eastern Canadian refineries if built.

Regulators “moved the goalposts” on the project when the National Energy Board (NEB) began to consider the upstream impact of greenhouse gas emissions for the project – and that will have an ripple effect on future projects, said Wall.

“TransCanada was forced to make the difficult decision to abandon its project, following years of hard work and millions of dollars in investment,” the Canadian Energy Pipeline Association (CEPA), an industry group, said in a statement. “The loss of this major project means the loss of thousands of jobs and billions of dollars for Canada, and will significantly impact our country’s ability to access markets for our oil and gas.”

When the National Energy Board (NEB) published a review of the project in late August, CEPA said the federal regulator was not the appropriate venue for policy issues like the climate.

Chris Bloomber, CEO of CEPA, told UPI that the NEB review was ”evidence of how a lack of clarity and an unclear decision-making process regarding pipeline projects in Canada are challenging the energy sector's ability to be competitive in the world market."

“[TransCanada] committed more than a billion dollars to a project and made earnest efforts to address the concerns of the public and regulators,” said Wall. “The company made 700 changes to its plans as part of that response,” said Saskatchewan’s Wall.

Trudeau’s “actions and his government's actions may well have some westerners wondering if this country really values western Canada,” he said.

Wall also took aim at Montreal Mayor Denis Coderre – an outspoken critic of the Energy East project. Wall said Coderre’s criticism of the environmental risks of the pipeline is hypocritical considering his administration oversaw dumping billions of litres of raw sewage into the St. Lawrence Seaway.

“It is a good thing that Mr. Coderre’s hypocrisy needs no pipeline for conveyance, for it would need to be very large and could never get approved for construction,” he said.

Unbowed, Coderre, who is running for re-election next month, said Thursday in a tweet that he was “Very proud” of the outcome.

Patrick Bonin, head of climate and energy campaigning at Greenpeace Canada, was even more ebullient: “Victory!!!! Energy East is dead!!!” he tweeted in French.

"Unlike most other pipeline proposals being discussed today, Energy East had significant benefit for Canadians," said Jerry Dias, Unifor National President. "The NEB’s inability to secure this project only underscores how ineffective it has become."

"It's not a matter of saying 'no' to any or all pipelines, but rather assessing which projects deliver a benefit to Canadians over the long term," said Dias. "It would appear that the NEB has no clue how to manage Canadian oil and gas resources so it's time to overhaul the system."

"We are disappointed with this decision," said Ian Whitcomb, President of TransCanada's joint venture partner Irving Oil. "This is a sad day for Canada. This was a $15-billion private-sector investment … creating thousands of skilled jobs and generous tax revenues and royalties for all levels of government along with creating energy security for our country.

"Given the potential benefits of this project for our nation, we believe the reasons for its demise should be carefully examined and discussed in an effort to protect and ensure a strong and secure Canadian economy in the future," said Whitcomb.

The failure of the Energy East Pipeline Project could not come at a worse time for those who make a living in the construction and maintenance industries in Canada, particularly those in the West and in New Brunswick, said Robert Blakely, COO of Canada's Building Trades Unions.

"Perhaps the time has come to decide what opportunities are really important for us as Canadians and to decide what sort of regulatory system and what sort of certainty that industry can look forward to when seeking project approvals," said Blakely, whose organization represents 500,000 skilled trades workers in the construction, maintenance and fabrication industries.

"What have been lost are high quality, high paying jobs. Continuing jobs on maintenance and upgrading are not just jobs for a short term but jobs for the life of the asset. What has been gained seems to be things like the continuity of oil tankers on the St. Lawrence River, railcars loaded with hydrocarbons passing through our cities, paying for gas at the pump using of the world price and not the made in Canada price and the continued reliance on expensive foreign oil sources. We lose the environmental advantages that the pipeline could have provided.  This does not seem to be a rational balance," he said.

Energy producers in Alberta had hoped the projects would help them diversify their markets, with most of the existing pipeline network linking the energy-rich province to the US Midwest and Gulf Coast.

TransCanada had applied to build Energy East three years ago, seeking to open access for Western Canadian oil producers to the Atlantic Ocean for exports to Europe. It faced intense opposition in Quebec, where Premier Philippe Couillard said the C$15.7 billion (US$12.5 billion) line posed a significant risk to its freshwater resources.

Energy East “was supposed to cross more than 700 bodies of water,” Quebec Environment Minister David Heurtel said in Quebec City. “This is a project that raised a lot of questions. We were still in the process of getting answers to our questions” from the company, he said.

TransCanada expects an estimated C$1 billion (US$801 million) after-tax, non-cash charge, the company said in a statement Thursday. Because regulators failed to reach a decision on the projects, TransCanada expects “no recoveries of costs from third parties.”