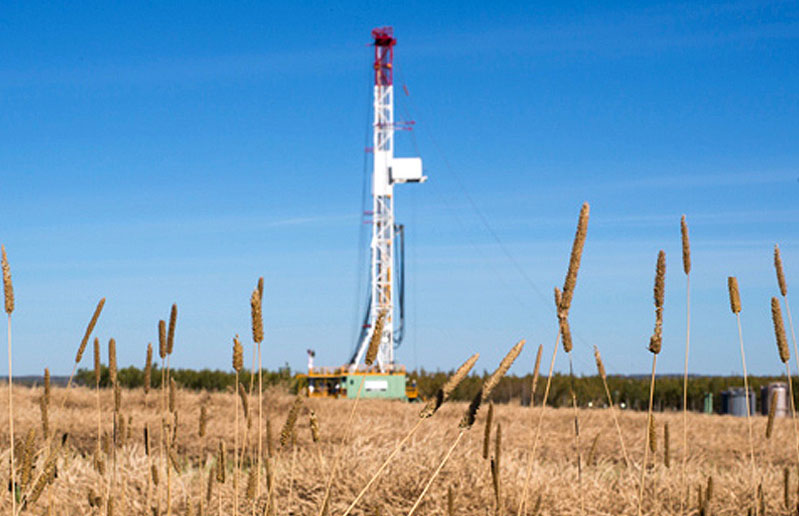 Oil and gas company won’t say how many positions were cut in Calgary, Denver and Houston specifically, but a 15 percent reduction means about 470 lost jobs.

Encana cut its total workforce by 15 percent and its executives by 35 percent after acquiring Newfield Exploration Co. in February, The Canadian Press has reported.

The CEO of Encana Corp. says it cut its total workforce by 15 percent and reduced its ranks of executives by 35 percent in just over a week after closing its deal to buy US rival Newfield Exploration Co. in mid-February.

The move has put Calgary-based Encana, which reports its results in US dollars, on track to realize its vowed annual savings of $250 million from the acquisition, CEO Doug Suttles said on a conference call on Thursday.

"Eight days — once again, eight days — after closing, we completed reorganizing the combined company," he said.

"In total, we reduced the executive and senior management roles by 35 percent and total positions by 15 [percent]. The senior team of the combined company today is smaller than Encana's senior team was before the merger."

The company hasn't said how many employees were laid off, but in US regulatory filings early last year, Newfield reported having 1,010 employees, almost all in the US, while Encana had 1,160 staff in Canada and 950 in the US.

A 15 percent cut would represent a total of about 470 lost jobs.

The majority of the reductions occurred in the US, said spokeswoman Cindy Hassler in an email that confirmed staffing reductions took place in Calgary, Denver and Houston offices. She wouldn't comment on total numbers.

Suttles said employee cost reductions account for half of the savings — the other half will come by cutting at least $1 million from the cost of each future unconventional well drilled into the Anadarko basin of Oklahoma, formerly owned by Newfield.

Encana has adjusted its exploration priorities in the wake of the Newfield acquisition to focus on three basins — the Anadarko, the Montney of Western Canada, and the Permian of West Texas and New Mexico — because they produce more valuable petroleum liquids and less natural gas than its other prospects.