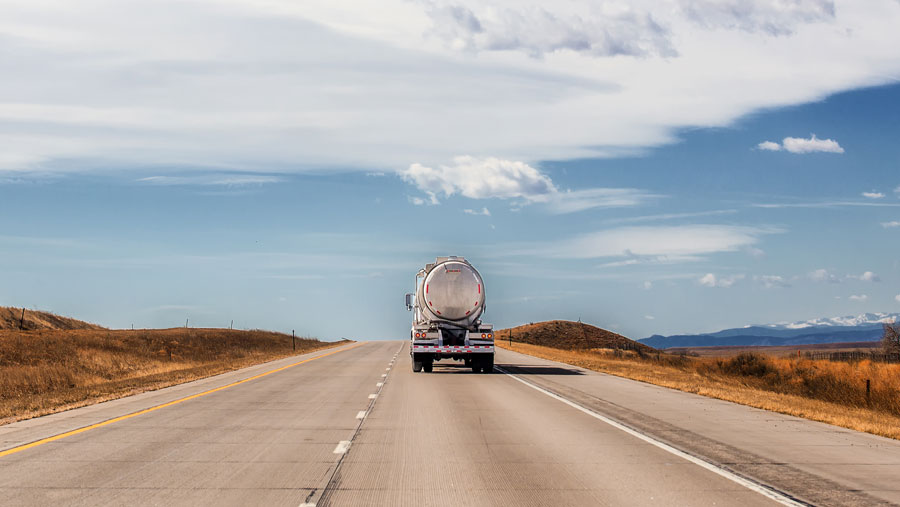 "It never changes, we're always 300,000 drivers short. I think these drivers trade jobs so much, it's hard for companies to hang on to them."

Seven years ago, Anadarko Petroleum began investing heavily in piping product through Colorado's oil patch. It was a move not only good for the environment, but it helped take trucks off the road at a time when truck drivers were in high demand and in short supply.

Since then, the move has kept 2,000 truck trips a day off the road.

While pipelines have obvious benefits, their increased adoption still isn't reducing Colorado's need for drivers — jobs that have been at a premium in the oil patch for years.

"I think there's always been an inherent need, but I would say within the last five years we've seen the job market grow," said a spokesperson for Aims Community College in Greeley.

In February, Aims released a feasibility study that looked at the career field in Weld, Larimer and Adams counties as well as the broader state as college officials looked to expand Aims' CDL training program.

They found that in 2017 Colorado employers posted 282,980 job openings for commercial driver’s licence (CDL) holders, the minimum requirement to drive heavyweight rigs. Only 22,524 were actually filled.

Last year, Weld County alone saw an increase of 4,453 CDL jobs, 134 percent above the national average. Each month an average of 2,740 unique CDL jobs were posted, but only 273 were filled.

"It never changes, we're always 300,000 drivers short," Eric Haney, owner of CDL College in Commerce City, told industry publication Energy Pipeline. "I think these drivers trade jobs so much, it's hard for companies to hang on to them." Haney said it's more of a wage problem than a driver problem, and the issue is cyclical with the oil and gas industry's booms and busts.

In the past, a truck driver may have started out at $16 or $17 an hour, whereas a warehouse worker was paid $12 an hour. Today, for example, Amazon is looking to fill positions for its Aurora warehouse at the same pay as an entry-level truck driver. So, why drive, Haney wonders.

Those who are driving aren't being replaced by younger drivers; 28.6 percent of Colorado CDL drivers are between the ages of 45 and 54, according to Aims' study. Millennials, or those born between 1981-96, just aren't getting behind the big rig wheels. Drivers 19-34 years of age make up only 18.5 percent of the driver work force in Colorado.

Unfortunately for the industry, the driver shortage trend isn't set to change. The Aims study reports that even though driver wages will be increasing, open positions for those drivers will increase 18.6 percent statewide and 23.8 percent in Weld County.

Companies like Anadarko that have invested in pipeline infrastructure may have been doing it initially to reduce the impact trucks have on surrounding communities and the environment when transporting liquids. However, they are proving to be ahead of their time as Colorado and the US continue to face driver shortages.