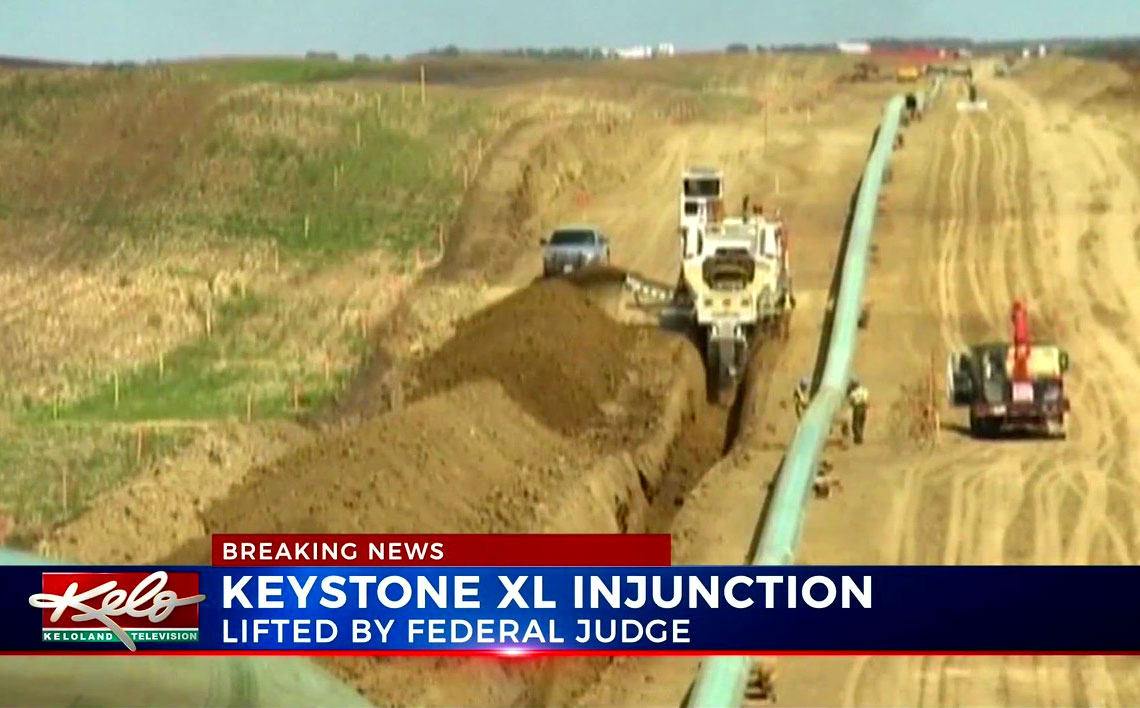 According to Keloland.com, an appeals court has lifted a judge's injunction that blocked construction of the Keystone XL oil pipeline from Canada.

While regarded as very good news for Oil & Gas industry folk, it is not immediately clear whether the Thursday ruling will have any effect.

Why? The company that wants to build the line (TC Energy) had previously said that it is too late to begin work on the project this year as it warned on earnings calls that if it didn’t get relief from the injunction earlier this year, it would not be able to begin construction work on the $8-billion pipeline between Alberta and Nebraska to move oilsands crude onto refineries in Texas and Louisiana.

While there may not in fact be any activity this year, TC Energy president and CEO Russ Girling said during the company’s first quarter earnings call in May that the company was “methodically” advancing the project despite the obstacles it faces.

The 3-judge appeals panel ordered the lawsuit by environmental and Native American groups dismissed because President Donald Trump had revoked a 2017 permit allowing the pipeline to be built.

Attorneys for the plaintiffs accuse Trump of trying to skirt the law and they have filed another, ongoing lawsuit to block the new presidential permit.

Looking for work? More below: