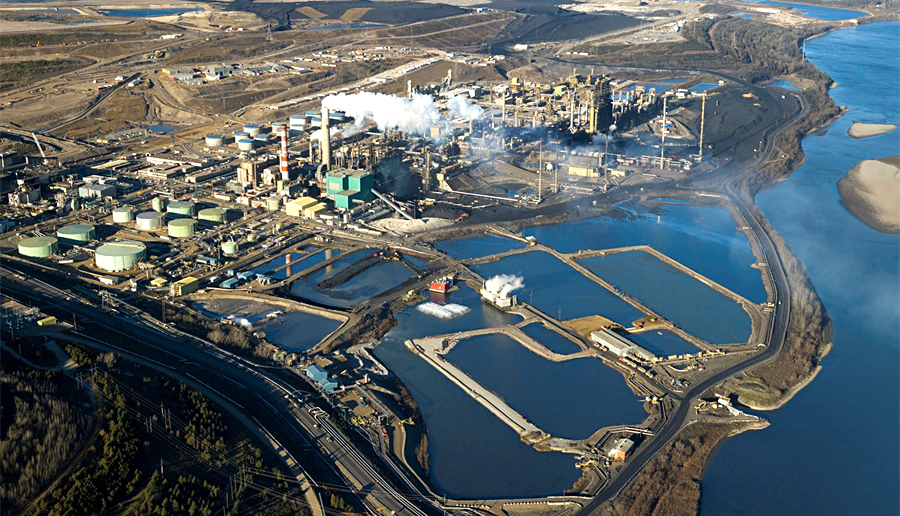 A new study says Canada’s oilsands industry will be among the first to collapse in a global financial crisis that will hit within the next 15-20 years, when clean energy technologies are predicted to all but kill demand for fossil fuels worldwide.

A study published in the journal Nature Climate Change claims that a technological shift will drive a sudden and irreversible plunge in fossil fuel prices, wiping out trillions of dollars’ worth of investment known as the 'carbon bubble', with Canada’s oilsands being among the first to collapse.

Fossil fuel exporters, including Canada, will experience “a steep decline in their output and employment due to the near-shutdown of their fossil fuel industry,” the paper suggests.

“Reducing fossil fuel demand generates an overall positive effect for the EU and China, and a negative one for Canada and the United States,” the study authors write. They add that the change will produce a greater than one percent shift in global GDP, with the EU and China among the 'winners' and Canada, the US, Russia and OPEC countries among the 'losers'.

The study uses economic and automotive industry models to forecast future demand for fossil fuels based on advancements in energy efficiency and carbon emission reduction.

The study authors found that, under the current rate of progress, clean energy technologies will continue to push older fossil fuel technologies aside, until the global demand for oil and gas has nearly shut down by 2035.

“The results in the study for Canada are pretty dramatic,” said Mercure, a Canadian professor of energy, climate and innovation at Radboud University in The Netherlands. “The oil and gas industry — oil in particular — could suffer much more than other countries,” he told Global News this week.

Mercure says oilsands are particularly vulnerable to major shifts in the oil and gas market because production is relatively expensive compared to extraction techniques used in the Middle East. That means they’d be the first to collapse if demand slowed significantly.

Mercure added that the federal government’s $4.5-billion purchase of the Trans Mountain pipeline is likely “really bad timing,” given the looming potential crisis.

“We think the oil market is going to change and could make this investment not pay off as expected,” Mercure said. He added that he understands why Prime Minister Justin Trudeau is trying to help Canada’s oilpatch, even though the industry is likely to collapse within the next two decades.

“I just think this is doomed,” Mercure said.

Mercure says the study’s models have undergone rigorous scrutiny over the last year, as part of Nature’s peer review process.

The models point to a likely dip in fossil fuel demand regardless of whether policymakers actively push green policies or try to reverse them, because low-emission solutions are simply becoming more cost-effective.

Mercure says the financial crunch might be just around the corner, with investments for 2025-2030 potentially at risk. But even if the financial markets guard themselves against a crash, governments will be hard-pressed to protect jobs in their respective oil industries, he said.

Mercure pointed to Fort McMurray, Alberta, as a likely victim of the inevitable shift toward renewable energy. “These people would potentially be unemployed (and) would have to move out,” he said.