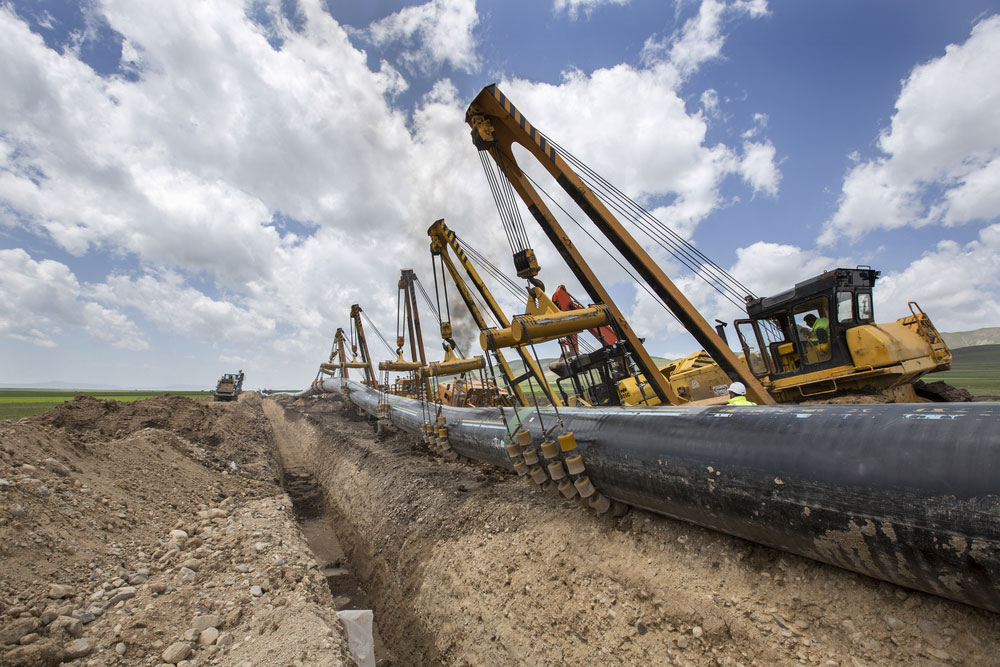 As Canada’s oil producers limp along, hamstrung by pipeline bottlenecks that have hurt prices for their crude, the nation’s gas industry is working on a flurry of export and chemicals projects to avoid the same fate.

Canada’s natural gas has long sold at a discount to the US benchmark, due largely to the cost of transporting the product to distant markets in the south. But in recent years, growing output from the prolific Montney formation has swamped pipelines, causing the discount to widen.

The situation mirrors the predicament of the nation’s oil industry, where production overtook pipeline space, hammering prices down to record lows and prompting an unprecedented intervention from Alberta’s government. That crisis has the gas industry working overtime to escape a similarly bleak future.

“Just as the oil producers are struggling to get their product to market, the Montney has got a great resource with no easy way to access markets,” said Jen Snyder, a director at RS Energy Group in Calgary. Until some of the current plans to help reach markets come to fruition, the gas industry in Alberta is “kind of stuck,” she told Bloomberg.

Those projects can’t come soon enough. The spot price of gas traded at the AECO hub in Alberta averaged about $2.04 lower per million British thermal units than at the US’s Henry Hub last year, according to data compiled by Bloomberg. That’s the lowest in data stretching back to 1999. The discount has narrowed this year amid persistent cold weather, but it’s still at historically wide levels.

But drillers aren’t counting on the weather staying chilly forever. Ten gas producers, including Seven Generations Energy, Peyto Exploration & Development and Advantage Oil & Gas, have teamed up to try to spur construction of an LNG export facility on British Columbia’s Pacific Coast that could ship their product to Asia.

The consortium, whose members produce 20 percent of Canada’s gas, has hired former Pacific NorthWest LNG President Greg Kist to lead a team of consultants that’s evaluating options including supporting a current LNG project or resuscitating a dormant proposal. The goal would be to move the project far enough through the regulatory process that a major company could be enticed to fund its construction, Kist said. The group is aiming to get a plant in service by 2026, he said.

“The reality is no one else is going to do this for the producers,” Kist told Bloomberg. “Producers recognize that they have a price risk in western Canada, and they’re prepared to move that price risk onto a boat. So really it’s about diversifying the portfolio of markets that producers can access.”

A group led by Royal Dutch Shell is even further along in its plans to build an LNG facility in Kitimat, British Columbia, with the project slated to enter service in 2023. However, the $30 billion plant’s gas will be almost entirely supplied by its partners, limiting its usefulness to the industry as a whole.

Producers are getting some help closer to home as well. Nauticol Energy is building a C$2 billion ($1.5 billion) facility in Grande Prairie, a town in the heart of Alberta’s gas fields, that will use about 300 million cubic feet of gas a day to produce methanol, starting up in 2022.

Inter Pipeline is working on a C$3.5 billion petrochemical facility near Edmonton that would turn propane, a common gas and oil-refining byproduct, into 525,000 tons a year of polypropylene, a plastic polymer used in packaging and labeling. That plant is scheduled to enter service in 2021. The company also is considering a C$600 million facility that would further refine those products.

Pembina Pipeline said last month that it’s moving ahead on a C$4.5 billion propane-dehydrogenation plant in a joint venture with Kuwait’s Petrochemical Industries that will start operations in 2023.

Some relief is coming on the pipeline front, too. TransCanada is working on a C$8.6 billion expansion program that will add about 3.2 billion cubic feet a day of new capacity to its western Canadian gas system by the end of 2022.

With all of those projects years away, some gas producers, including Canadian Natural Resources, the country’s largest, have dialed back output as they wait for prices to recover. President Tim McKay said CNRL could increase production if the country gets better access to international markets and prices rise.