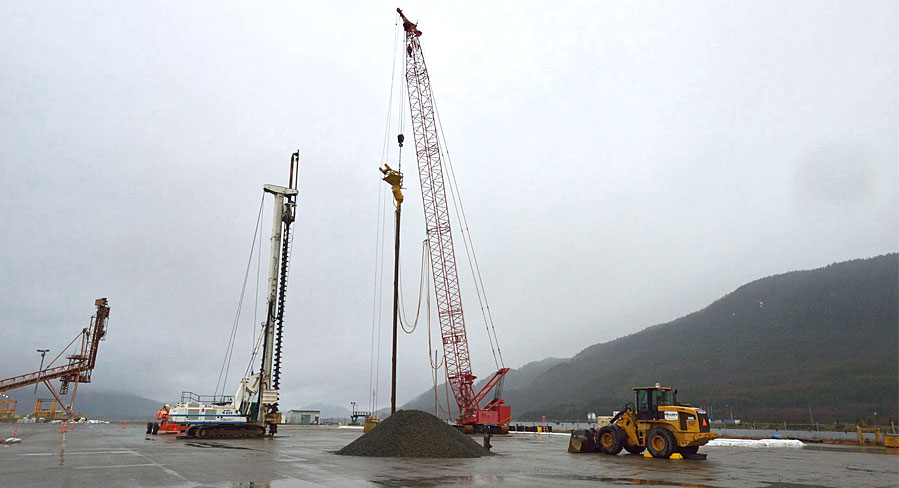 Pipeline nationalisation and trade tensions with the US won’t affect the final investment decision on Royal Dutch Shell’s C$40 billion liquefied natural gas project in western Canada, according to the head of the venture.

Shell-led LNG Canada proposes to export as much as 26 million tons per year to Asia, making it potentially the nation’s largest-ever infrastructure project and one that could transform Canada’s energy fortunes. Shell and its four partners — Mitsubishi, Malaysia’s Petroliam Nasional, PetroChina and Korea Gas — are set to decide whether to build the complex by the end of this year.

“The overall conditions for LNG Canada to go ahead in 2018 are quite good,” Andy Calitz, CEO of the project, told Bloomberg. “That is, and feels, so very different to 2016 when the project was delayed.”

The final decision was put off twice in 2016. Since then, said Calitz, the project has become more competitive, reducing by six percent the price at which a unit of gas can be delivered to Asia from its proposed site in Kitimat, British Columbia. Meanwhile, global LNG demand is booming, particularly from China and other Asian nations.

Going ahead with LNG Canada would be a welcome boost for Canada’s energy sector. In May, Prime Minister Justin Trudeau agreed to pay C$4.5 billion to buy the Trans Mountain oil pipeline from Kinder Morgan after the company balked at proceeding with construction. In August, the Federal Court of Appeal nullified approval of the project.

All that follows years of tortured regulatory reviews — 35 percent of Canada’s proposed LNG capacity has been cancelled and an additional 40 percent is under review, Bloomberg New Energy Finance said in a note.

“The Trans Mountain decision, impactful as it has been in Canada on the regulatory scene, has not in any way stopped the LNG Canada project, which is ongoing,” Calitz said. Trudeau is also scrambling to see that Canada remains part of the North American Free Trade Agreement.

“It is a really important Canadian-US bilateral issue but does not stand in the way of a final investment decision on this project,” Calitz said.

LNG Canada has sought an exemption from duties on the roughly 140 steel modules to be made in China for the project. The Federal Court of Appeal is expected to issue a decision by the end of the month.