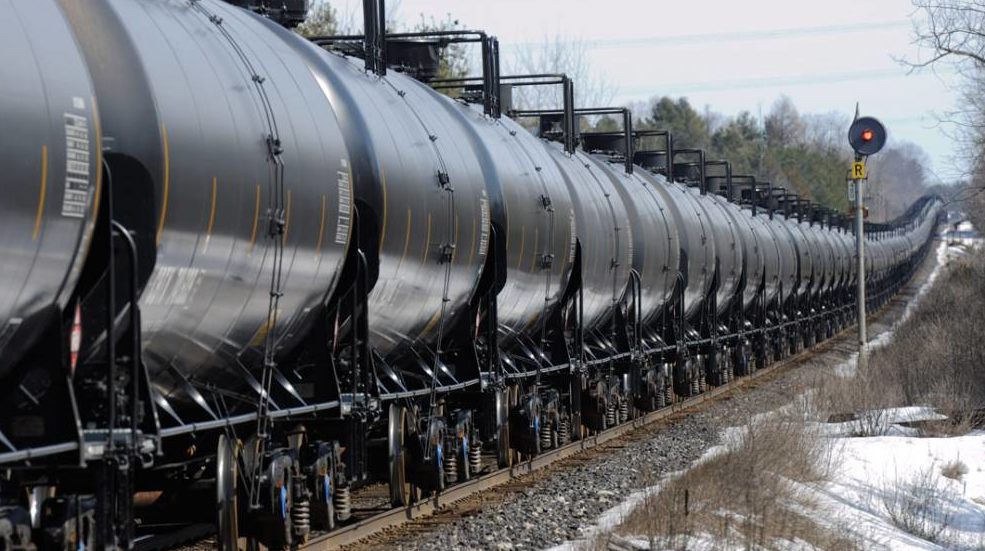 Canadian crude producers are discovering that all the loading capacity in the world isn’t sufficient if rail companies can't transport the oil.

Cenovus Energy's Bruderheim crude-by-rail terminal near Edmonton sits underutilized just when it’s most needed. The company recently complained that transport bottlenecks had made it impossible to haul oil and said it was having “ongoing discussions” with rail operators to resolve the shortage of rail hauling capacity.

Cenovus’ situation isn’t unique. After spending hundreds of millions of dollars building rail terminals able to handle more than a million barrels a day of oil, Canadian crude producers are discovering that all the loading capacity in the world isn’t sufficient if rail companies don’t provide enough locomotives, conductors and track space to transport the oil.

Between them, the USD Group LLC’s terminal in Hardisty, Cenovus’ Bruderheim terminal and the Kinder Morgan/Imperial Oil Edmonton terminal are shipping less than one-third of their combined capacity.

Canada moves about 95 percent of its oil by pipelines, which are currently full. A 20 percent rise in crude production in the past five years has increased pressure to find new ways to haul the commodity, with rail being the second cheapest alternative.

Analysts expect railway operator Canadian Pacific Railway to haul 60 percent more crude this year, but the company and its rival Canadian National Railway (CN) are being cautious about going all-in. With oil prices volatile and three pipeline expansions due to come on line at the end of decade, railways worry that any investment will be at risk in two or three years and could undercut their money-making base – moving grain.

Canadian National Railway now expects a minimum 12-month agreement from oil shippers, Jean-Jacques Ruest, interim chief executive officer, said at a conference in March. Oil companies “would get married with pipelines, but they only date the railroad,” he said.

Canadian Pacific Railway Ltd. said that, in a few years, newly approved pipelines will carry the crude that currently moves by rail. According to its website: “It is difficult to justify investing in long-life assets like rail and locomotives based on short-term demand.”

Torq Energy Logistics’ six terminals in Saskatchewan and Alberta are transporting about 50,000 barrels a day, below capacity, Jarrett Zielinski, chief executive officer told Bloomberg. Torq has been using its fleet of 275 tanker trucks to carry medium and heavy crude across the US border because of the glut, he said.

“Rails don’t view crude by rail as a sustainable business, but rather, one that is driven by short-term dislocations in crude prices,” Stifel analyst Michael Baudendistel told Reuters.

“We understand crude is only going to be here for a certain period of time,” Canadian Pacific’s Chief Executive Officer Keith Creel said in a fourth-quarter results call with analysts. “We’re looking for strategic partners with long-term objectives that align with ours. We’re not going to allow ourselves to be commoditized.”

Railway operators cannot think of one to three-year investments when they invest in tank cars that are intended for a more than 30-year life span. Producers on the other hand are wary of the long-term commitments railways are asking for, which is costlier than pipelines.

As a rough estimate, pipelines cost about $6-$12 per barrel to move crude from Hardisty in Alberta to the Gulf Coast, while it costs about $16-$18 per barrel when using rail.

Major pipelines are expected to complete capacity expansions by 2020. Enbridge is expected to double the capacity of an existing line to 760,000 barrels per day, Kinder Morgan Canada plans to triple its capacity with the expansion of its Trans Mountain pipeline beginning 2020, and TransCanada expects to start construction on its $8 billion, two-year Keystone XL expansion project in 2019.