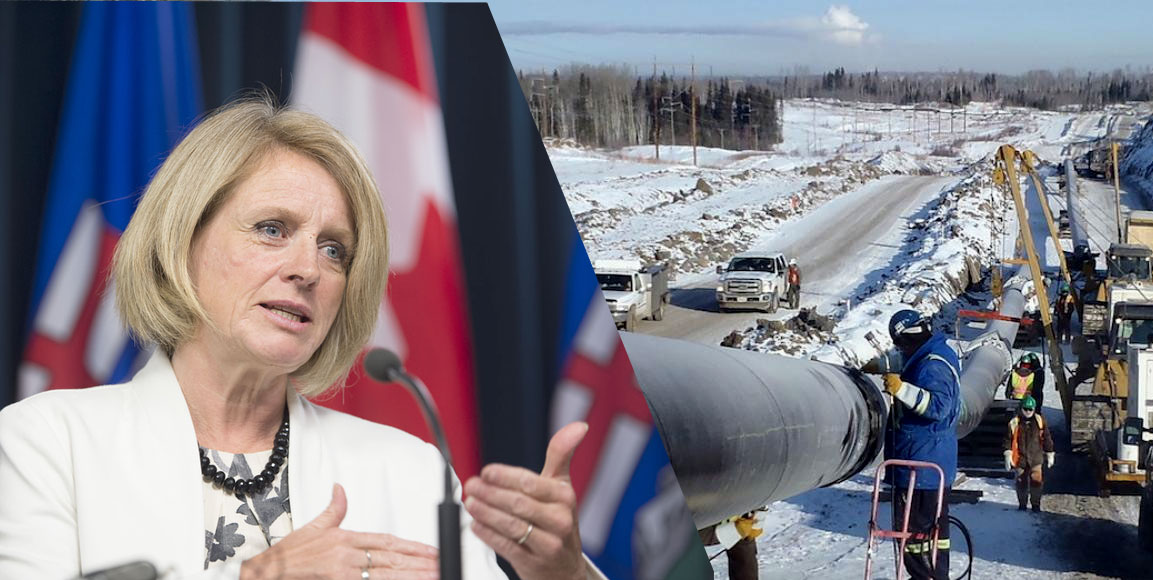 TransCanada indicated on Thursday that it had secured shipping commitments totaling approx. 500,000 barrels a day for the $8-billion Keystone XL project, including a deal with the Alberta government to ship 50,000 barrels a day of provincially owned crude on the line.

This significant announcement helps ease doubts that had persisted surrounding the project's commercial viability, especially considering Premier Rachel Notley - not known for being a long time advocate for the project — has stepped in to provide key support for the controversial pipeline.

Despite the 'good news' feeling surrounding the announcement, some remain skeptical while others maintain their stout opposition.

Environmental concerns remain. “The Alberta government’s decision to work with the Trump administration to push through a pipeline that endangers the water supplies and climate of millions of people is both disappointing and reckless,” Greenpeace Canada said in a statement.

And, while TransCanada Corp. CEO Russ Girling thanked Notley and said the Alberta government’s commitment "was instrumental to achieving the commercial support needed to proceed", some major oil producers remain leery of signing binding 20-year contracts for a project with an uncertain and contentious future.

"They're kind of taking that bet that the Gulf Coast is going to want to take that crude, mixed with the fact that it's going to necessarily buoy the crude prices if they get this pipeline in," Wood Mackenzie analyst Zachary Rogers said.

But Notley told reporters Thursday that the government’s decision to commit barrels to Keystone XL was driven by economics, noting in particular the current wide differential between the prices of Canadian heavy oil and benchmark U.S. crude.

“Oil and gas production is going up and pipeline capacity is significantly going down,” she said at an announcement at Calgary’s Minhas brewery.

Notley went on to say that "By ensuring that we can transport our product as cheaply and as efficiently and as safely as possible, in all manners, we're able to ensure greater return for Albertans."
Find amazing USA Oil & Gas job leads here. By default, these have been organized by date, but you can also use the filters at the bottom to refine your search.