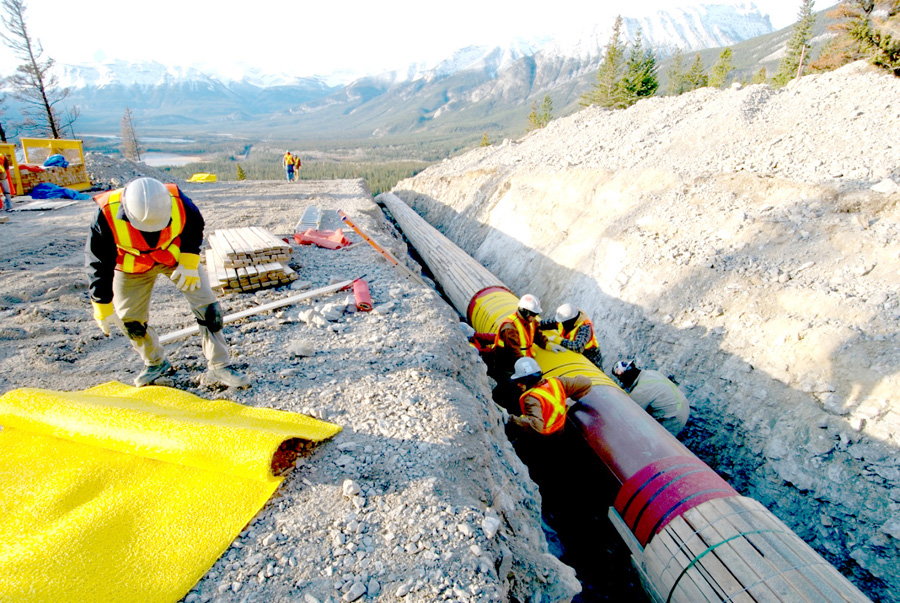 Alberta Premier says the BC government doesn't have the right to rewrite Canada's Constitution "and assume powers for itself that it does not have."

BC is proposing to restrict any increase in diluted bitumen shipments while it conducts more spill response studies. A BC government news release said the restrictions will remain "until the behaviour of spilled bitumen can be better understood and there is certainty regarding the ability to adequately mitigate spills."

Notley, whose province has heavy tar sands oil in abundance but a lack of pipelines to transport it to the west coast for shipping, said the BC government move is unconstitutional.

"The BC government has every right to consult on whatever it pleases with its citizens”, she told an Edmonton news conference. “It does not have the right to rewrite our Constitution and assume powers for itself that it does not have.”

The restriction on bitumen creates more uncertainty for the already delayed Kinder Morgan Trans Mountain expansion project, which aims to nearly triple capacity of the current pipeline system to 890,000 barrels a day.

BC Environment Minister George Heyman said there has to be more confidence in the way oil transporters are prepared to respond and fully mitigate effects of a potential spill. The BC government will establish an independent scientific advisory panel to make recommendations to the minister on whether, and how, heavy oils can be safely transported and cleaned up if spilled.

Chris Bloomer, president and CEO of the Canadian Energy Pipeline Association, said the BC government announcement  was "clearly another example of regulatory obfuscation — let's put it that way — getting in the way of a major infrastructure project in Canada," Bloomer told CBC News.

"Mr. Heyman is fundamentally wrong, and I'm being judicious when I say that," he added.

"Diluted bitumen has been studied, it has been evaluated, it's gone through the analysis of the NEB regulatory process, the provincial regulatory process. There is scientific knowledge, there are facts, there is history. There's a tremendous amount of knowledge that the British Columbia government knows and is just wilfully ignoring."