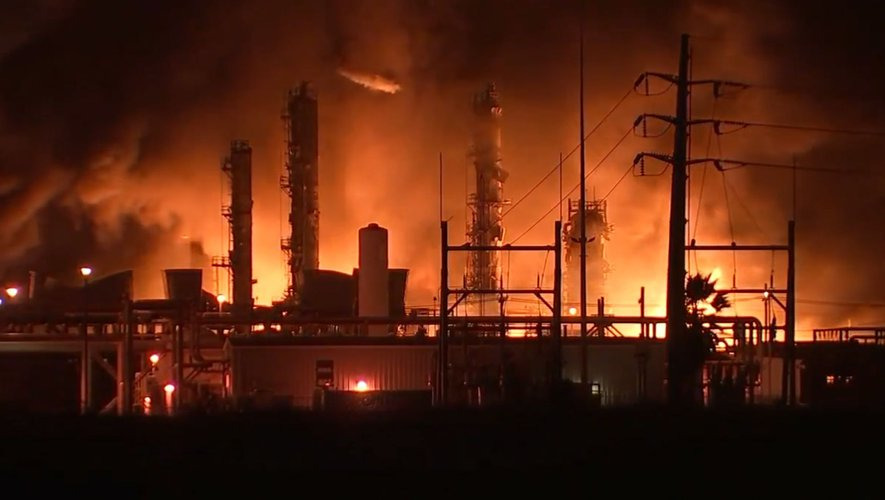 54,000 Evacuated in Texas After Explosion at Port Neches Chemical Plant

A second blast at the plant sent fire and a piece of a tower into the sky. Now residents are being evacuated the night before Thanksgiving.

Fears of new explosions prompted officials in south-east Texas on Wednesday (Nov 27) to order the evacuation of more than 54,000 people near a chemical plant where a powerful overnight blast left at least eight people injured.

The evacuation order covers several cities within 6.4km of the Texas Petroleum Chemical plant in Port Neches, east of Houston, and expected to send thousands of people in search of shelter on the eve of one of the busiest holiday weekends.

The second explosion sent a tower at the plant “like a missile” toward a local high school, said Mr Jeff Branick, the judge of Jefferson County who oversees the county’s Office of Emergency Management.

“The concern is that if another one were to launch – and there are a bunch left – and it were to go into the tank farm, the results would be catastrophic,” Mr Branick said in an interview.

The evacuation order from Jefferson County authorities included all those living in Port Neches, along with the cities of Groves, Nederland and the northern part of Port Arthur.

Overall more than 200 people work at the facility, including about 175 full-time employees and 50 contractors, according to the company. There were about 30 employees working at the time of the explosion, The Associated Press reported.