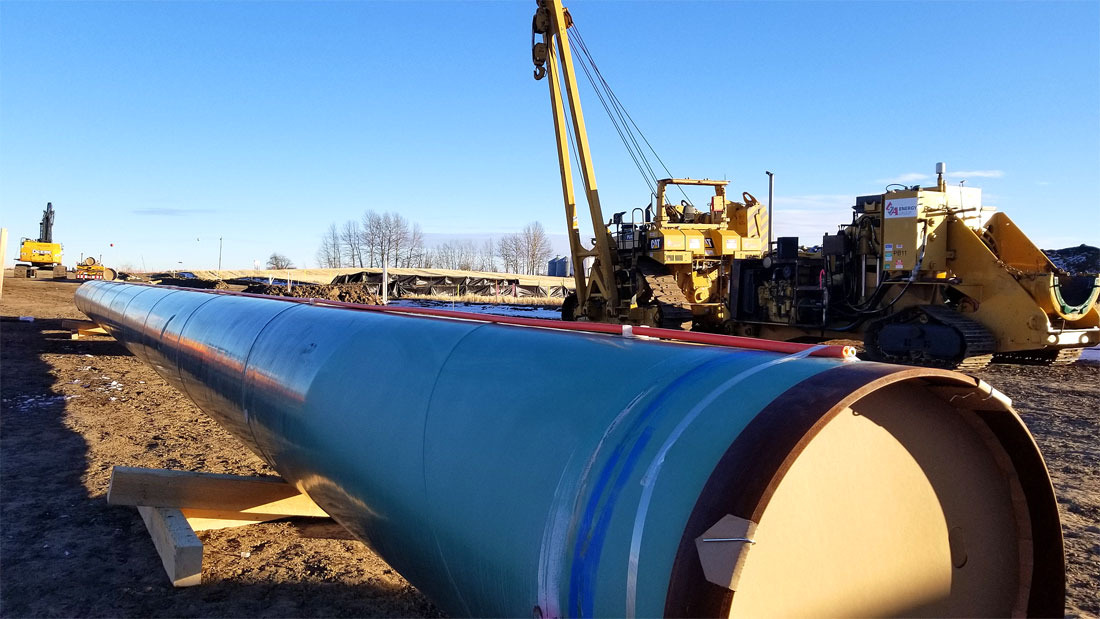 4,200 Employed By The End Of The Year As Transmountain Construction Officially Begins

Trans Mountain Corp. is preparing to officially start construction on its pipeline expansion after years of delay, & 4,200 people should be employed by end of the year.

Ian Anderson, president and CEO of Trans Mountain made the announcement Tuesday afternoon west of Edmonton in Acheson along with federal Natural Resources Minister Seamus O’Regan, provincial Energy Minister Sonya Savage, as well as representatives from local governments and the Enoch Cree Nation.

Anderson said that the pipeline could take take in upwards of 3 years to build, but he would not comment on the last cost estimate of $7.4 billion as the schedule was not yet confirmed.

The Crown corporation that owns the project has already mobilized it’s workforce and has reportedly restarted some work at the pipeline’s terminals.

While the federal Liberal government approved the $7.4-billion expansion for the second time earlier this year, it is currently reviewing an appeal by Indigenous groups of that second approval.

He & Trudeau will meet next week.

Thus far, more than 2,200 workers have been hired and Trans Mountain Corp. said it has focused on hiring Indigenous and local workers.

Trans Mountain has said it expects 4,200 workers to be employed along the pipeline corridor by the end of the year.